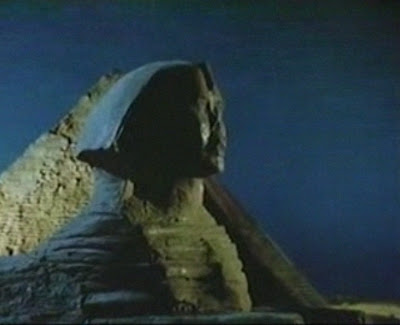 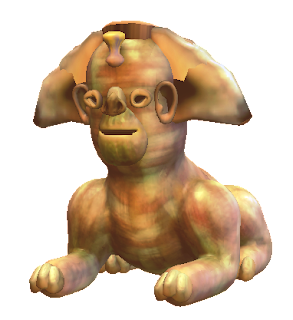 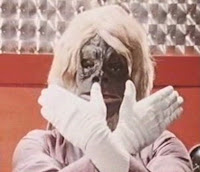 Ahhh, the all-terrain Sphinx-Machine...truly, my greatest invention.  Only the unparalleled brilliance of Gori could meld stone and steel so as to turn mankind's crumbling wonder into a technological marvel of ruination.  And, oh, what a surprise awaits those who dare try to destroy it....

At some point during The Times Before, parties unknown transformed The Great Sphinx Of Giza into a nuclear-powered vehicle capable of traversing by air, sea, and land.

The Sphinx-Machine's flight-mode can break the sound barrier. 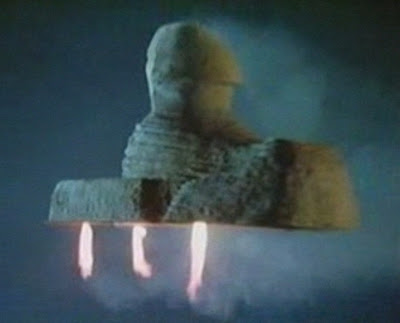 On water, it cruises along the surface. 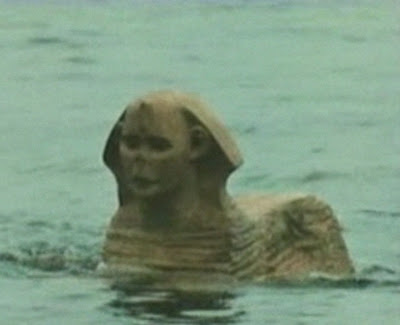 For traversing the landscape, the Sphinx-Machine becomes ambulatory, and extends gripping claws and armored plating.  It crawls along on all fours, barreling head-first into buildings and structures.  Destruction (in the form of a 10d30 Trample attack) follows in its wake. 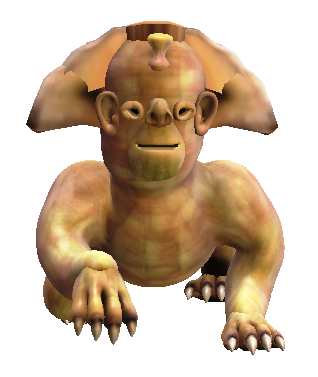 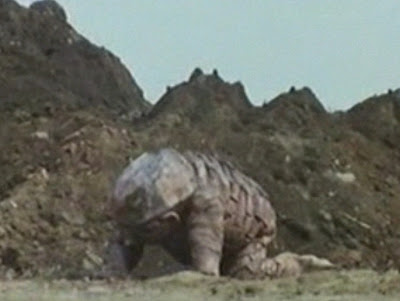 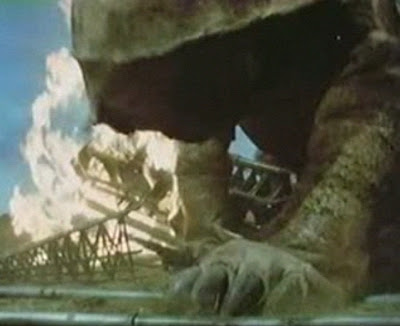 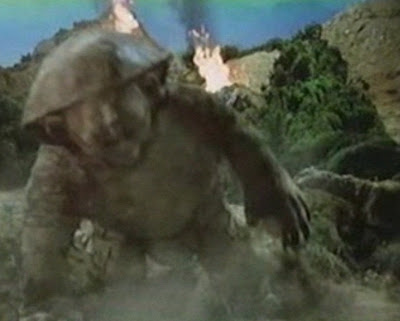 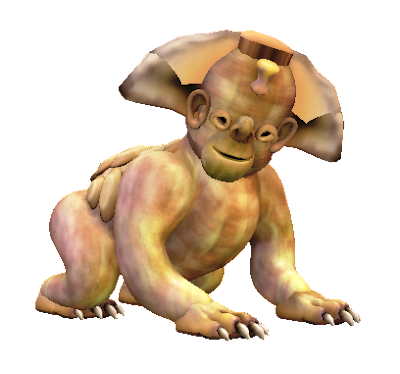 The Sphinx-Machine is roomy enough to hold a full-sized flying saucer (or equivalent vehicle), a company of ape-troopers (garbed in traditional Arabic thawbs and headwear), and some mummies.

The Sphinx-Machine is equipped with innumerable artifacts, and has a full sensory suite that specializes in radiation-detection technologies. 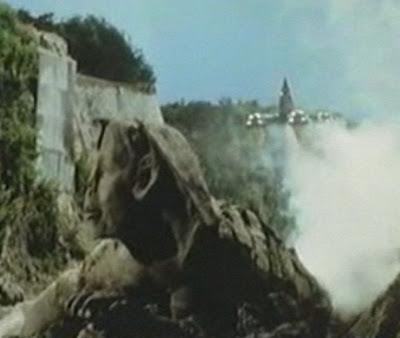 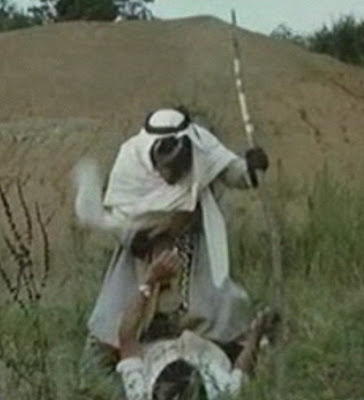 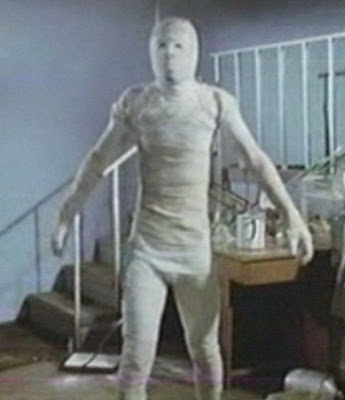 The Sphinx-Machine has self-repair units, so it's virtually indestructible.  And even if destroyed, it reactivates in pristine condition 1 full turn after being rendered inoperable.

But if the Sphinx-Machine is destroyed a second time, a shocking fail-safe kicks in:  the now-wrecked vehicle transmogrifies into a living, flesh and blood, bipedal feline-beast!  The transformation takes place only after all crew members have fled the interior.

There is no explanation behind this mind-boggling feat.  It is unknown if the equipment contained within the Sphinx-Machine is still operable—or even actually still exists—after the metamorphosis. 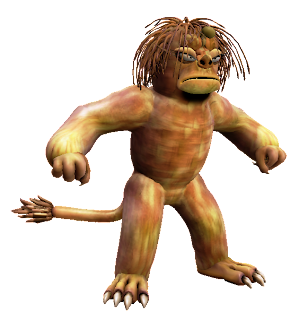 
The Sphinx-Beast is a 250' tall, leonine, biomechanical hybrid of metal, stone, and flesh that arises upon the (second) destruction of the Sphinx-Machine vehicle.

It's combat tactics involve punching and Trampling.  So very, very much Trampling.  [Consider the creature a 21+ HD monster for Attack Table purposes.]

As a construct, it is immune to all toxins, diseases, and radiations. 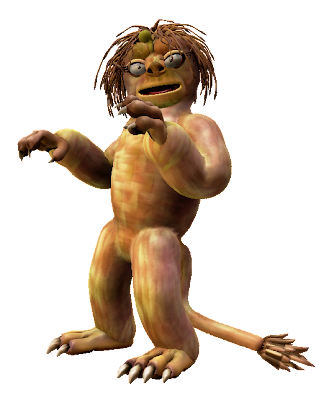 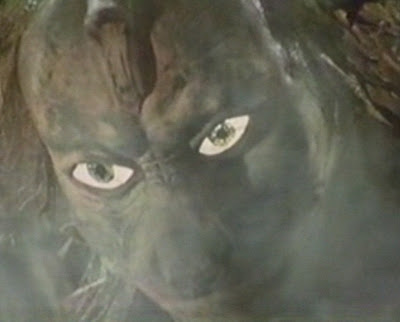 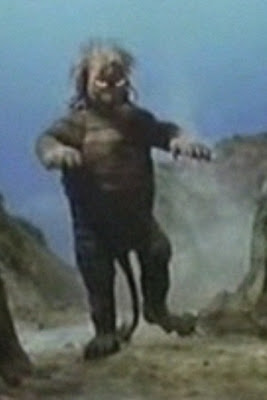 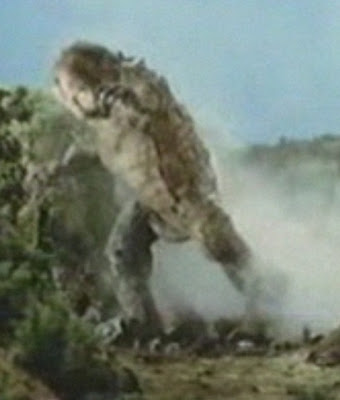 [The Sphinx-Machine (aka just the Sphinx and Sphinx-Monster in the U.S. and Japan) appears courtesy of Episodes 38-39 from the 1971 TV series, Spectreman.]