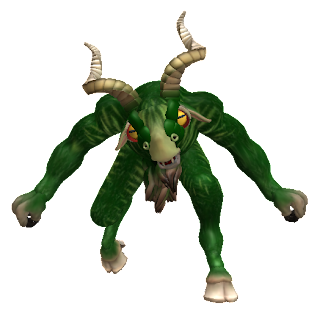 
Grunches are nocturnal, 11' tall hircinoids with shaggy, green pelts and long, curling horns. They dwell in twisted thickets and forlorn woods.  Vicious and powerful, grunches relish combat, and have a particular fondness for dismantling Ancient vehicles with bare fists and/or primitive handaxes.

Grunches are highly sensitive to olfactory and psychic stimuli...and the pheromones and lusts of amorous couples drive them particularly berserk, so the beasts stalk "lovers' ruins" and "makeout junkyards" to better brutalize the libidinous.  Grunches usually let victims flee after their savage beatings, though, and pursue the wounded for only 1d3+1 rounds. 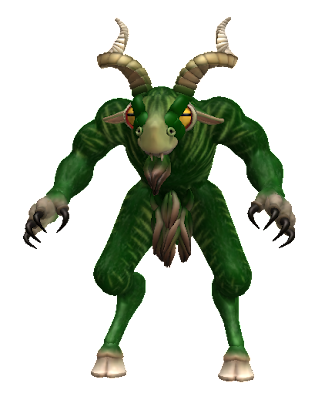 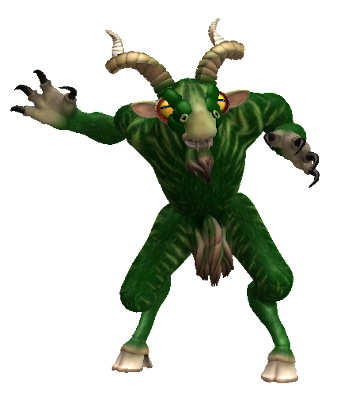