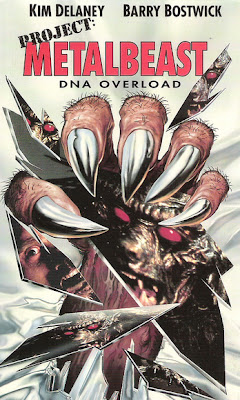 When The Ancients discovered that the shapeshifters of myth were simply victims of a chromosomal infection, they manipulated the disease to create feral super-soldiers...

...who were further enhanced with an impenetrable synthetic skin...

...WHICH PROVED TO BE THE DEADLIEST OF MISTAKES WHEN THE BEASTS TURNED ON THEIR CREATORS!!!

Bioferrin is a lab-grown "substitute skin" comprised of epidermal cells and metal fibers designed for burn and cancer victims.  The substance never made it to market, though, due to molecular instability—it usually turned as hard as steel within 4 hours of transplantation. Animal trials were complete failures.

But recognizing the potential benefits of impenetrable skin, the military stepped in... 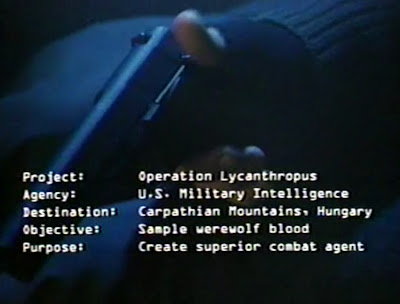 ...with captive werewolves in tow.  Turns out lycanthropes' unique physiologies adapted perfectly to the bioferric process, resulting in beings with skin that was both flexible and impervious to almost every form of injury. 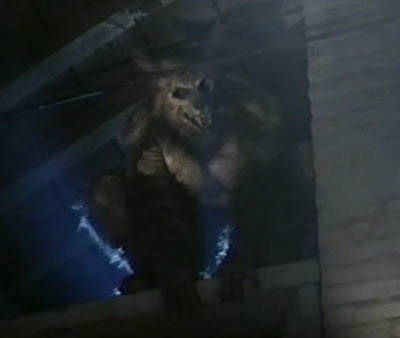 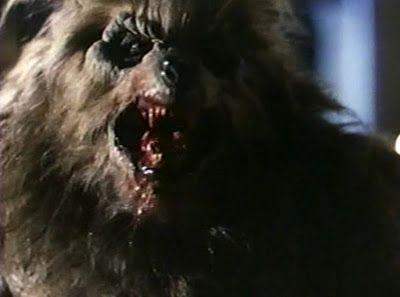 This ultimately proved, shall we say, "problematic". 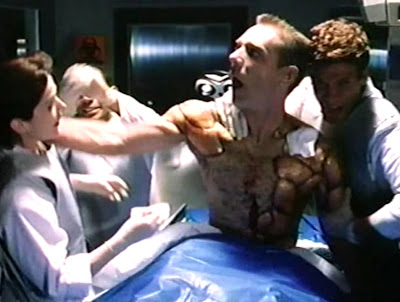 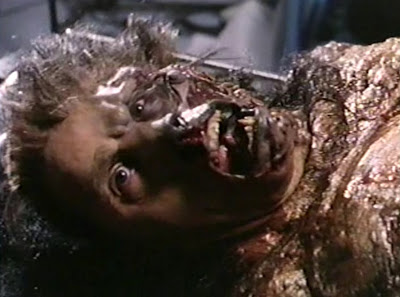 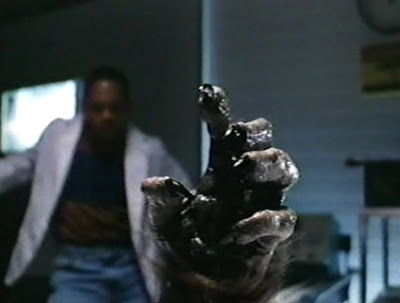 According to archival records, all bioferrin surgeries were performed on werewolves in their human forms.  Their lunar transformations and diurnal reversions didn't have any adverse affects on the subcutaneous metallic implants, nor were the movements of the creatures impeded in any way.

In the Mutant Future, certain automated subterranean laboratories still produce living sheets of bioferrin.  But the grafting process is lengthy (4d6 hours), dangerous, and agonizing, and requires a proper medical suite, skilled surgeons (but more likely surg-bots), and priceless equipment and supplies (laser-grafters, anesthesia, anti-rejection drugs, etc.).  There is only a 20% survival rate for Pure Humans and most Mutant Humans / Animals.  (It is unknown if Mutant Plants or Androids can accept bioferrin implants.)

Those that survive gain a natural Armor Class of 2, and suffer only half damage from attacks by conventional melee weapons and firearms.  Bioferrin also has insulating properties, resulting in only half damage from electrical- and fire-based attacks.  DEX and CHA scores are modified by -5.

That said, mutants with regenerative mutations (Acute Hyper Healing, Body Adjustment, Regenerative Capability) survive at a rate of 75%, and ultimately suffer only -2 penalties to DEX and CHA while gaining the benefits above. 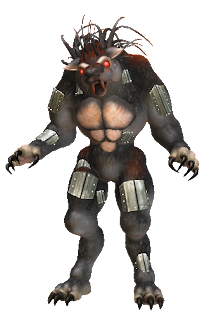 
Alloycanthropes are blazing-eyed, muscle-bound, moon-shifting werewolves [see p. 85 of the Labyrinth Lord Core Rules] of the bipedal, lupine-featured persuasion. Their hides are lumpy and metallic, and jagged filaments sprout wildly from their heads and shoulders.  Immensely strong, the beasts rip through metal doors and walls with ease.  Oddly, alloycanthropes lack primary sexual characteristics in their bestial forms.

Alloycanthropes are nigh-impervious to conventional melee weapons and firearms, as they not only suffer half damage from the rare attacks that breach their armor, but regenerate 2d10 Hit Points per round.  Their bioferric implants are also heavily insulated, resulting in only half damage from electrical and fire attacks.

Silvered weapons, however, inflict x3 damage, and bypass the regenerative process.  If reduced to 0 HP from silver-based attacks, an alloycanthrope reverts into its human (albiet graft-covered) form, seemingly deceased...but the removal of the aforementioned silver weapons / ammo from the "corpse" jumpstarts it to snarling, furry life again in 1d6 turns. Advanced energy weapons and/or explosives are really the only methods with which to kill an alloycanthrope; when using them, treat the beast's AC as a 3 instead of a 0.

Alloycanthropes are almost always encountered in ruined military installations and secret bases.  They are usually recent escapees from cryogenic stasis, and starving for victims. Adventurers may still find dormant, human-guised specimens in their freeze-tanks, just waiting to be freed.... 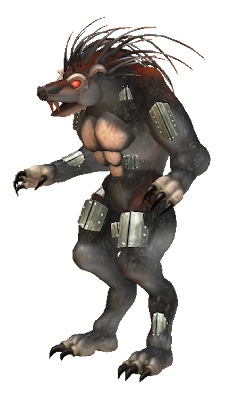 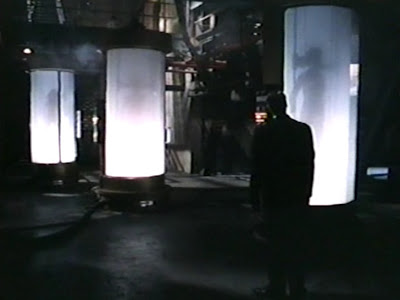 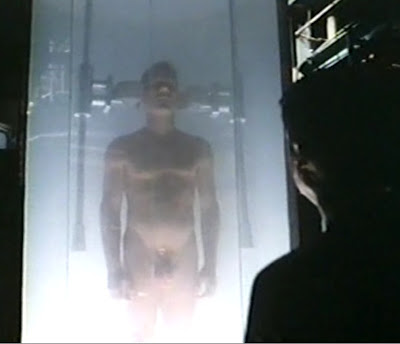 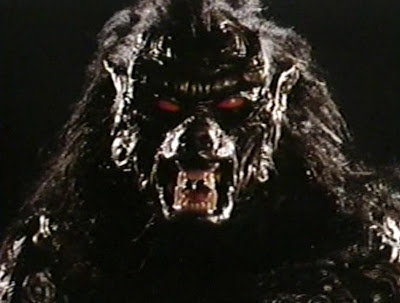 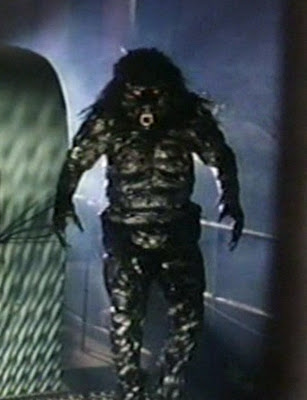 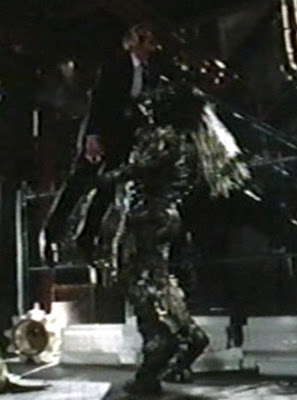 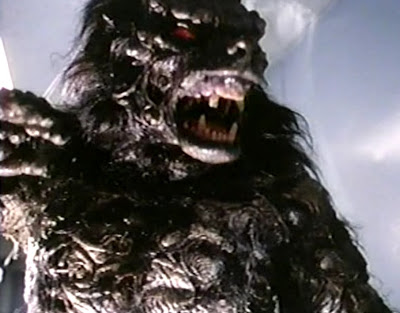 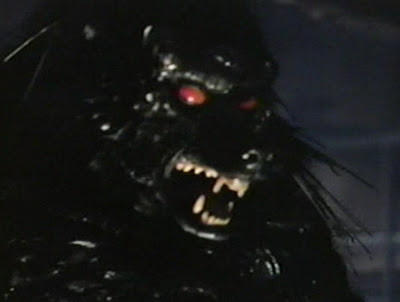 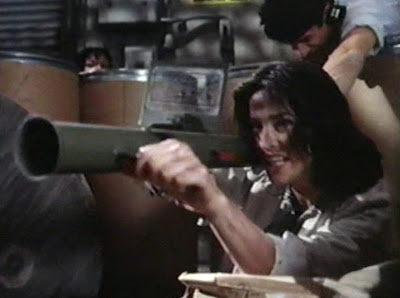 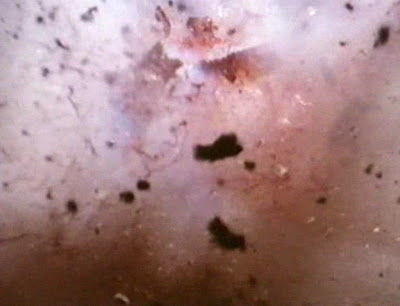 Designer's Notes:  This film went direct to home video, so no official poster exists (necessitating use of the VHS box art).