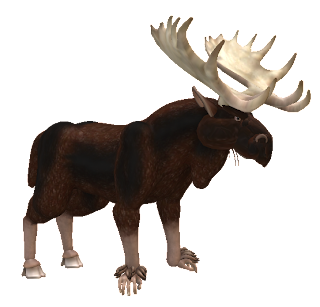 
The solitary maali (singular and plural) are enormous, shaggy ungulates with radiation-ravaged heads and hides.  The creatures often appear "simple" due to scar-induced drooping tongues, crossed eyes, etc., but they are shrewd, and speak multiple humanoid languages. Maali generally roam as quadrupeds, but can locomote bipedally (standing over 15' tall)...and use tools, weapons, and artifacts while doing so, thanks to leathery hands on their forelimbs.

Maali lay claim to large swaths of forest, and are quite protective of the their domains and the wildlife within. They dispatch predators and hunters with extreme prejudice.

Despite the maali's fascination with Ancient technology, the sight of robots sends them into epileptic fits.  Treat as Paralysis that lasts for 1 full turn, after which they can act and behave normally.

Displacement (Mental):  Allows mutant and its possessions to teleport out of danger, once per hour and up to a distance of 200'.  The mutant has no idea as to where it will reappear within the area.  The mutant never teleports into a solid object or any location that results in instantaneous death.  The Mutant Lord may wish to force the mutant to teleport during ANY stressful event (representing the body's unconscious desire to escape over conscious objections).  It is possible that situations arise where it's where it's impossible to teleport out of danger because of the limited radius (as in the entire region could be hazardous), so the mutant remains where they are and must wait an hour to try again. 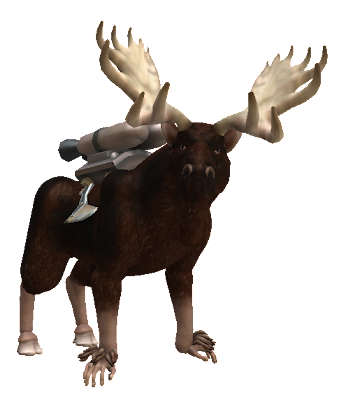 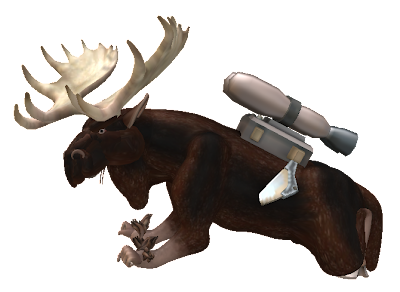 Not-The-Designer's Notes:  The Maali and Displacement appeared in 1982's Famine In Far-Go, which was designed by Michael Price, and developed by Price and Michael J. Richie. Illustration provided by the enigmatic Darlene.