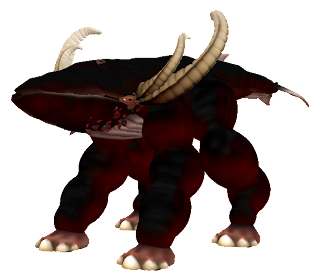 
Quakewhales are the largest terrestrial animals in the Mutant Future, reaching heights of 60' tall and lengths of over 100' long.  The titanic beasts lumber across the plains feeding upon levitating skoral reefs, or plow through forests stripping mutant trees of their foliage.
Quakewhales tend to ignore smaller creatures, and are simply too massive for most predators.  That said, the beasts will Charge and/or Trample with abandon when provoked or accosted...and particularly when they think their young are in peril.  And their head-butts are primarily used against obstacles or other quakewhales.  (Rutting season is colloquially described as "The Month Of Thunders".) 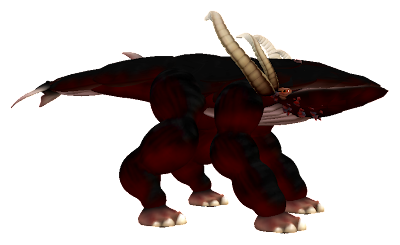