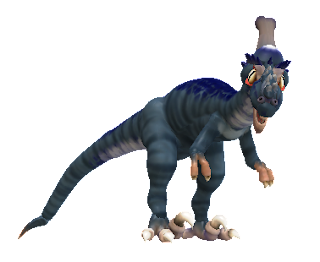 
The belligerent, man-sized paknychus (both singular and plural) are as renowned for their wicked claws as they are their crested, spiky, domed skulls.  They emit resonant bellows and tones through their crests that travel for miles.

In combat, a paknychus Charges headlong into its prey.  The target of a successful bash must make an Ability Check Versus STR or be sent flying 4d6 feet and rendered prone. Paknychus gain +3 To Hit with supplementary claw and bite attacks against prostrated victims.

They are immune to any and all called shots to the head.

Paknychus literally settle all mating, dominance, and territorial disputes with their noggins. 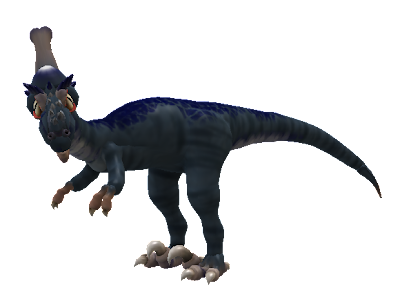