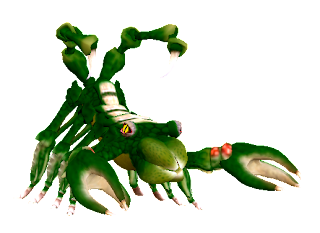 
Scorpodiles are ferocious, chitinous, 10' long beasts that prowl swamps and sewers. Though they never stray far from damp environs, they lack the ability to swim, and will never be encountered in waters deeper than 3'.
Scorpodiles are faster than they appear, and gain a +1 with all To Hit rolls.  And their pincers are surprisingly dexterous, allowing the creatures to open doors, pull levers, and manipulate select (non-weapon) objects.  (Fortunately, they're seemingly not that intelligent...seemingly....)
Each of a scorpodile's tail-stingers injects a different type of venom (as determined randomly on the Poison Class Table).
Mutations:  Aberrant Form (Manipulating Pincers), Extra Parts (Limbs, Tails), Toxic Weapon (Venom) (x2) 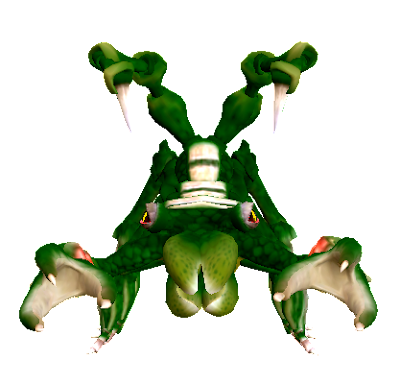