"Always Make The Audience Suffer As Much As Possible." 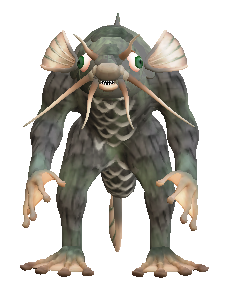 Description
The being calling himself Hitchcock is a 5' tall fishman [see p. 72 of the Mutant Future Core Rules] with greenish-gray scales, bulging eyes, and prominent barbels.  He is quick and wiry, and stronger than he looks.

Shunned by his tribe more for his obsessive-compulsive, selfish personality than his atypical physicality and mutations, the creature once known as Lurghhg set out on his own in the Mutant Future.  After a near-deadly encounter with predators, he holed up in a ruined megaplex, and set about fortifying and repairing the building and its derelict equipment.  It wasn't long before he discovered the marvels and magic of Ancient cinema ("NOW IN NERVE-RATTLING, BRAIN-BLASTING CEREBR-O-RAMA 4-D!!!"), and took the name of the director (whatever that is) of his favorite "documentaries" from Ancient times.

Hitchcock spends his days repairing the building (due to the constant incursion of giant vermin drawn by his scent), scavenging from local shopping centers, refurbishing and building gadgets, and taking quick dips in the rooftop rain-catchers to rehydrate.  But he spends his evenings watching film after film, transfixed in rapt wonder.

And he absolutely loves encountering strangers, and welcomes them into his home with open flippers.  He enthusiastically offers shelter, food, and first aid, and giddily holds court with his knowledge of Ancient entertainment history.  Hitchcock's only request is that his guests spend a few hours with him watching movies in one of the refurbished theatres.  He'll smugly escort them past the "crowds"—he's filled up the vacant seats with mannequins and junked androids—to the "best seats in the house", and start up a show.

All is fine until his guests tire of his hospitality and prepare to depart, however...because Hitchcock won't let anyone leave.  He'll play the good host, and offer any excuse to persuade his guests to stay, but the more insistent they are, the more agitated he'll get.  Ultimately, tensions rise, and violence ensues.  Hitchcock genuinely tries to keep his unruly guests alive, and attempts to subdue them with restraints and/or drugs.  If that doesn't work, he'll try to pick them off one by one with his speed and camoflage, or lure them into the snares and traps he has hidden throughout the cineplex.  But if his efforts fail, he will coldly kill them all, and use the corpses to fill more theatre seats...

...as they're not all mannequins, you see. 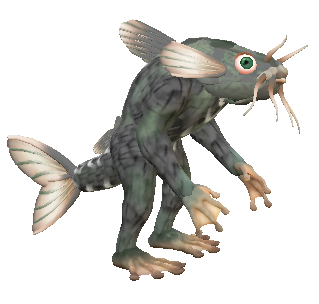 He also has film-related relics worthy of a museum, including:  1d4+2 functional projection devices of all tech levels (reel, digital, holographic, and synaptic), 10d100 films on assorted Ancient media (celluloid reels, DVDs, holo-vids, synapto-spheres, etc.), a crate of 500 pairs of Cerebr-O-Rama 4-D neural-goggles, and 8d20 paper, digital, and holographic posters in various conditions.  The total value of his collection is in the tens of thousands of GPs (especially to Archivists and Restorationists), but transporting such fragile and bulky matter is problematic. 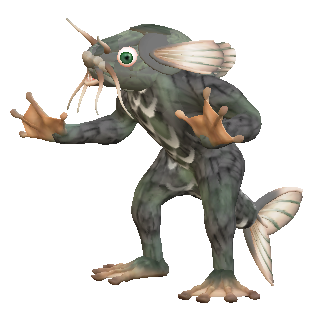 The Zanhorr (both singular and plural) are a race of 8'-10' tall sentient plants with distinctive optic orbs and long, tapered bodies.   They stand on wriggling tendrils used for both locomotion and feeding, as through them they leech moisture and minerals from soil and biomatter.  The hollow tentacles on their heads are used for breathing and vocalization, and when a Zanhorr speaks, it sounds like a chorus of multiple susurrant voices.

A Zanhorr's wicked claws inject a toxin that causes Blindness for 1d4 hours upon a failed Saving Throw Versus Poison.

While many Zanhorr exist as peaceful hunter-gatherers and traders, the cruelest of their kind operate as brigands and slavers. 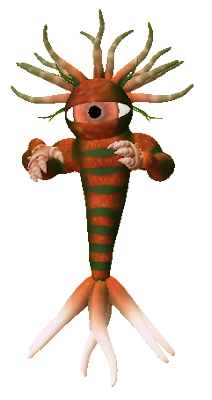 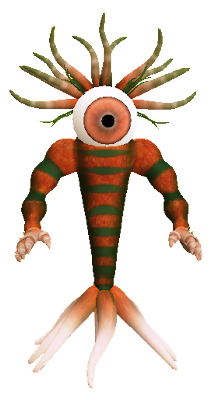