Mutant Spewture — BLAH, BLAH!!! THEY WANT TO SUCK YOUR GUNK!!! 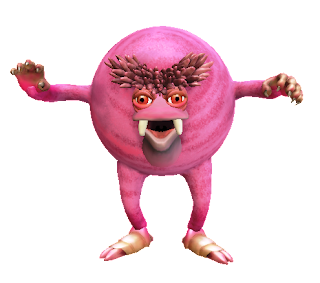 
Along with regular clobbering, cremefillian parents keep their hoodlum spawnlings in line with nightmarish bedtime stories.  (They are kinda lousy that way; then again, their jerky kids kinda deserve it.)  And no tales are more terrifying than those of the snobes, spiny abominations who stalk the sludgescapes specifically for cremefillian victims...

...BECAUSE THE STORIES ARE TRUE!!!

Snobes are androgynous, 5' tall, spherical beasts with jutting fangs, spiky brows, and neon-pink hides covered in jagged filaments.  These filaments normally lay flat, but can be launched in 1d4 clusters that do 1d6 damage each at a range of up to 75'.  They are quite sweet to the taste, according to those shot in the face.

Though snobes prey primarily on cremefillians (so as to slake their unholy thirsts on succulent cremoglobin), any goop will do.  If a snobe successfully strikes with all 3 melee attacks in the same round, it greedily clamps down, leeching an automatic 2d8 damage per round thereafter.  Only in death does a snobe release its grip.

Snobes have the same resistances (sickness, contamination, aging, radiation, etc.) as cremefillians, and nigh-identical builds as donk-types.  In fact, due to the numerous similarities between the species, many believe that snobes are mutant donks.  Or undead donks.  Or mutano-dead donks.  Some even say that that any cremefillian who dies at the fangs of a snobe rises from the slime 3 days later...as a new snobe!!!  Or maybe as a pastry demi-messiah.  Man, cremefillians can't agree on anything. 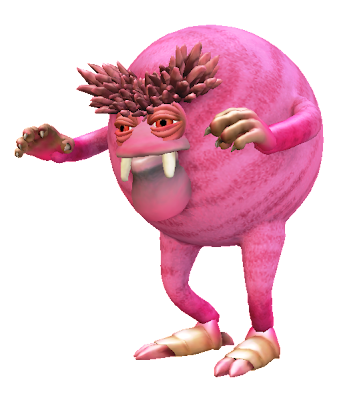 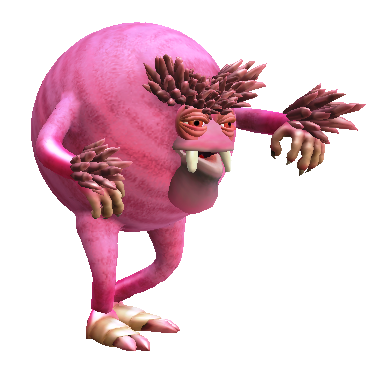 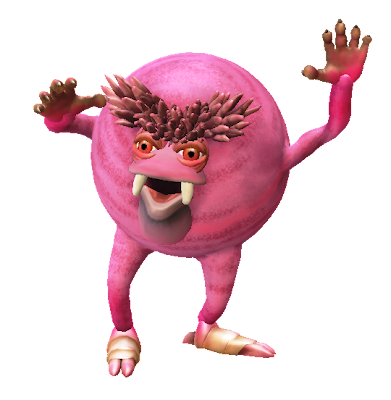 Kinda-Sorta-The-Designer's Notes:  I came up with snobes myself, but they wouldn't be possible without Andy Hopp's brain-seeds.  And I'm crossing my fingers that I coined "cremoglobin"!!!