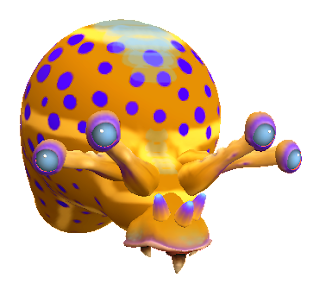 Sluggernauts are slime-dripping behemoths that reach heights over 20', lengths over 40', and weights in over 10 tons.  They favor open grasslands and expansive wetlands in order to graze on plant matter, carrion, and offal, but they sometimes slither into underground cavern complexes.

Thanks to their thick, resilient hides, sluggernauts only take half damage from conventional melee weapons and firearms.  And their four eyestalks grant 360-degree vision, meaning they're only Surprised only on a roll of 1 on 1d6.

While relatively docile, sluggernauts bite with toothy maws or Trample with their prodigious bulk when threatened.  And warlike tribes train them for use as relentless (albiet ponderously slow) combat mounts, strapping massive howdahs—equipped with ballistae and cannons—onto their backsides.

Any given sluggernaut has a 25% chance of possessing the Dermal Poison Slime Physical Mutation, with the effect class determined at random. 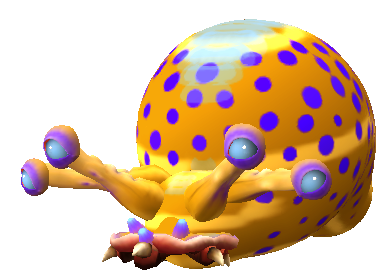