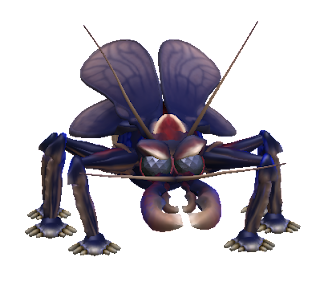 
The dreaded cal-thens are 8' long insects with enormous dual mandibles capable of rending even the hardest substances, up to and including duralloy (AC 3) armors.  (They may even be able to gnaw through crystal carbon and neovulcanium armors, given time [see p. 128 of the Mutant Future Core Rules]).  They crave the bone marrow of living prey, and relentlessly tear through anything to satisfy their hungers.

Even more horrifying than their insatiable appetites is their intelligence.  Cal-thens are considered to have WIL scores of 18, making them extraordinarily resistant to Mental Attacks. 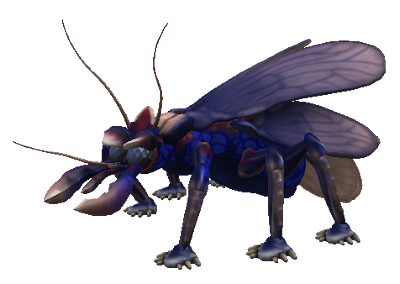 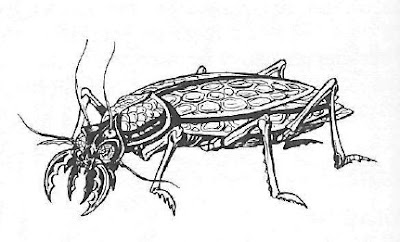 Not-The-Designer's Notes Addendum:  I left these straightforward murder-machines pretty much unchanged, but lowered their AC from 9 to 7 because almost all old school Gamma World bugs have awful defenses.