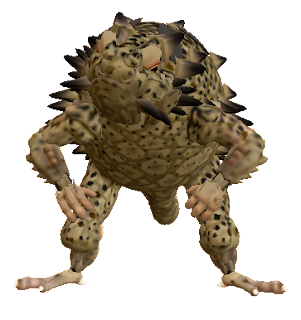 
The Quelagar (both singular and plural) are a race of bipedal, 5' tall reptoids with rounded, hunched, spiky bodies and narrow tails.  They favor arid climes, hunting and scavenging in desert wastes and dry cavern complexes.  Though they will trade with outsiders, quelagar are amongst the most dour, gruff, and altogether crabby peoples of the Mutant Future.

When provoked, a quelagar can squirt a jet of blood from its tearducts at a distance of 15'.  This acrid fluid causes those struck to suffer -3 on all To Hit rolls for 1d6 rounds on a failed Saving Throw Versus Stun...and a -1 penalty if successful.
A quelagar can also revert into a previous stage of evolutionary development, taking the shape of a giant, 10' long horned lizard [use the statistics for the giant tuatara from p. 81 of the Mutant Future Core Rules].  Its Toxic Weapon is usable in this form, and there is a 25% chance that any given specimen possesses the Energy Ray mutation while metamorphed.

Due to their coloration, quelagar are nigh-invisible in sandy and rocky environs, and Surprise foes on a 1-4 on 1d6.
Mutations:  Force Screen (Greater), Mental Barrier, Metamorph, Spiny Growth (Medium), Toxic Weapon ("Blood-Burst") 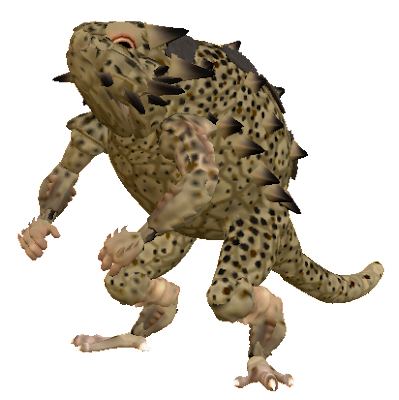 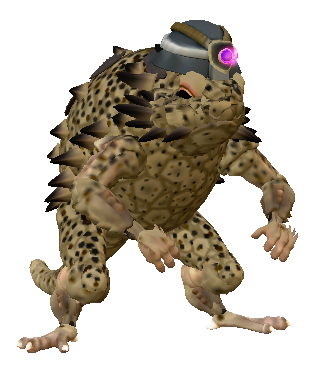 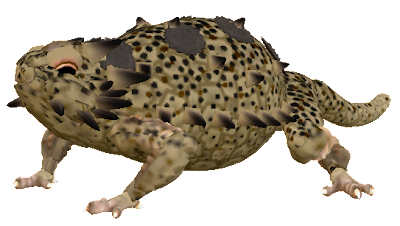 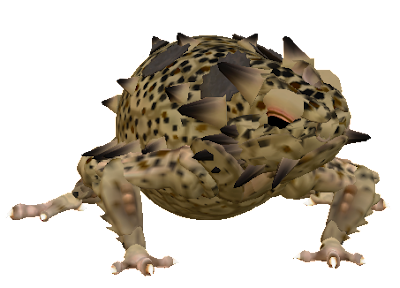