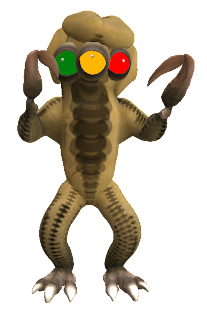 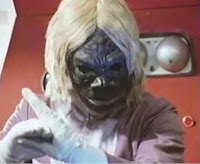 Ahhh, Traffikong...what a vexing beast you are!!! You appeared out of nowhere, and began a campaign of destruction against mankind's noxious, environment-destroying vehicles.  Oh, how I respect your dedication to the cause!

If only my attempts to capture you had been successful.  The secrets behind your powers must be mine, for with teleportation, my monster army would be unstoppable!!!

A traffikong systematically hunts down the driver(s) that injured its psi-summoner by teleporting throughout a region, destroying any and all vehicles similar to that involved in the crash.  If the driver is found, it's brutally slain...and the traffikong fades into the ether, awakening its master in the process.  And even if a traffikong can't track the offending party, it is instinctively drawn to speeding, intoxicated, and/or reckless drivers...and slaughters them on principle.

Being dream-constructs, traffikongs are immune to almost all damage, hazards, and conditions.  Only electricity-based attacks and Mental Mutations affect them.  Traffikongs also exhale billowing, 40' long, 20' wide cones of choking fumes (as per irritant gas grenades, on p. 119 of the Mutant Future Core Rules) up to 5 times per day.

Traffikongs rapidly blink in and out of existence during melee combat, and their opponents suffer a -3 To Hit.  Those with the Intellectual Affinity (Martial) Mental Mutation don't incur this penalty.

[Note:  The specific vehicles in traffikong-related scenarios are dependent on the technology level of the campaign.] 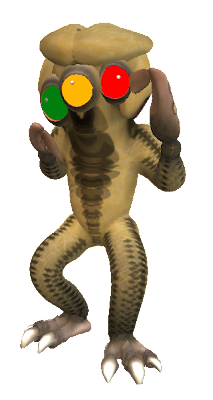 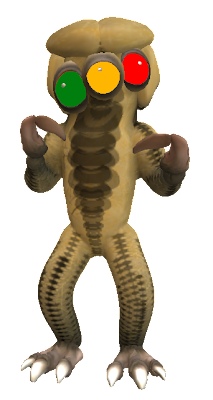 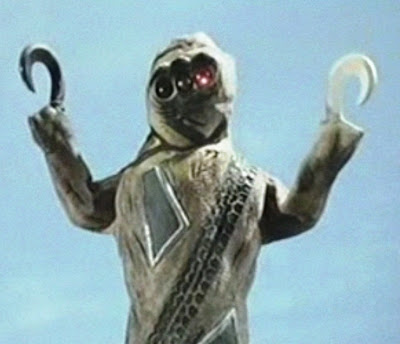 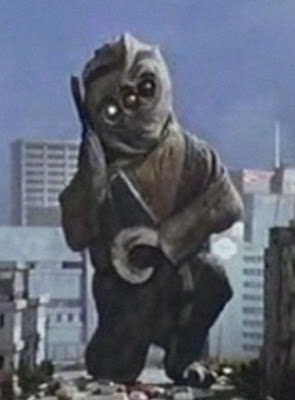 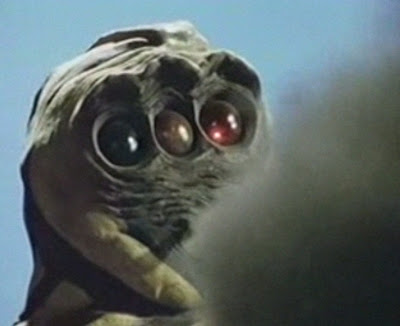 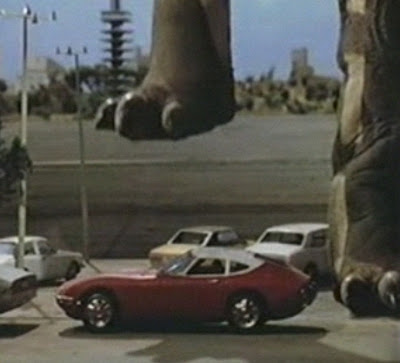 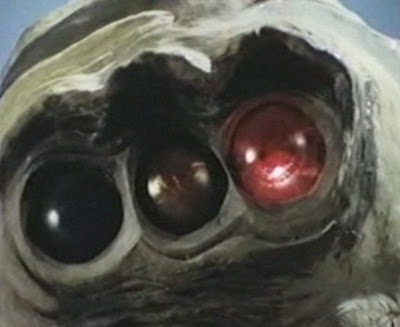 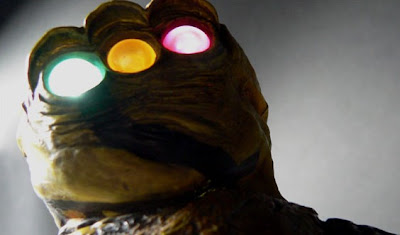 [Traffikong, aka Kuruma in the U.S., and Kuruma-Nikuras Japan, appears courtesy of Episodes 23-24 from the 1971 TV series, Spectreman.]