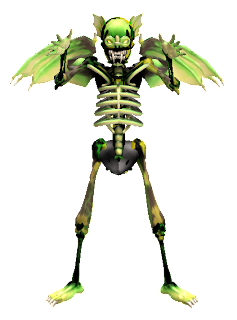 
With irradiated, skeletal frames ablaze and agonized, keening shrieks, the horrifying phosphoratu rocket through the darkness like Roman candles from The Time Before. Useless wing-spurs jut from their backsides. For beings comprised of nothing but bones, ligaments, and flame, they are savagely strong and spry.

Phosphoratu crave the blood of the living, and attack with deranged fury.  Each successful attack inflicts an additional +1d6 fire/heat damage.  And anyone hit with both claw attacks in the same round is grappled, and for each subsequent round, takes both automatic 1d12 biting damage and 2d8 burning damage until escaping.  It takes a STR check at a +5 penalty to break a phosphoratu's crushing grip.

Due to their hideous visages and anguished shrieking, anyone within 50' of a phosphoratu must make a Saving Throw Versus Stun at a -3 penalty.  Those that fail are rendered helpless (Paralyzed) from abject terror for 2d4 turns.  That said, phosphoratu never Surprise their targets, and can be spotted and heard approaching from miles away.  Their unrelenting speed doesn't give much time to mount a defense, however....

Mental attacks that engage the conscious mind (specifically Empathy, Mental Phantasm, Mind Thrust, and Neural Telepathy) are utterly useless against the unhinged phosphoratu. And anyone attempting a  Possession attack against them takes an automatic 12d12 damage from psyche-shredding torment.

Phosphoratu bizarrely disintegrate when exposed to daylight, so they spend their days nesting in the deepest, darkest ruins and crumbling nuclear plants.  And they suffer x2 damage from laser-based weaponry. 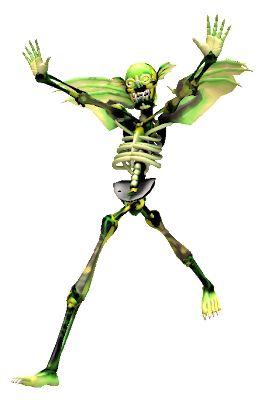 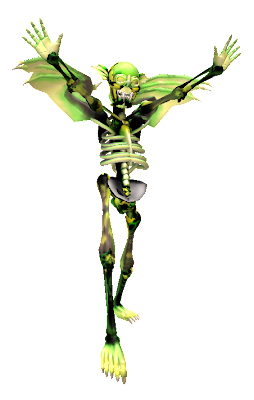