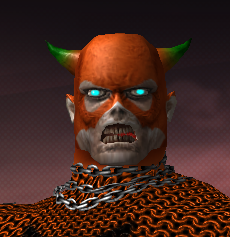 KNOWN POWERS
Kryptonitium Shield / Shields Of Opportunity:  Capzarro's chief weapon is a green, crystalline disc made of Monstrous material called "kryptonitium".  This shield may be thrown up to six areas away, and inflict up to Amazing (50) Blunt damage.  As Capzarro is prone to misplacing his K-Shield, he often uses opportune objects (trash can lids, manhole covers, hubcaps, serving trays, etc) of Remarkable durability instead; these items deal Remarkable (30) Blunt damage when hurled up to 3 areas away. 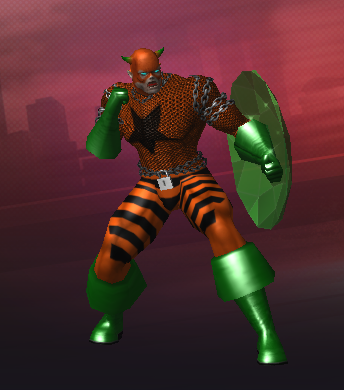 ROLE-PLAYING NOTES
Capzarro is sincere and honest to a fault, and desperately wants to do the right thing.  However, his muddled thinking often results in inadvertently assisting bad guys and foiling police efforts.  His compatriots usually have to explain who he's supposed to clobber.

In combat, Capzarro is less a fluidly graceful super-soldier and more a wantonly physical mega-monster. 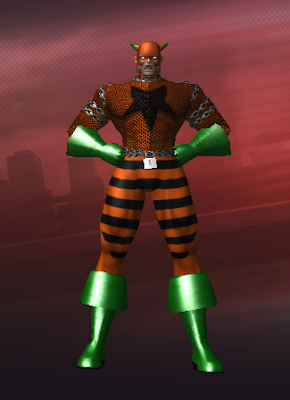 HISTORY
Roger Stevens was a security guard at the facility  housing Rick Jones' Locker.  On the front lines of The Incident, he was  standing near a decked-out Captain America mannequin bathed in the rays of a faulty other-dimensional duplicating machine filtered through a be-Pym-particle'd Cosmic Cube (more a Cosmic Crouton, truth be told) and transformed into a craggy brute of mighty power and dim intellect.

Though no longer "normal", Stevens tries to maintain his old life through the use of heavy makeup and trenchcoats.  Everyone who knew him before The Incident assumes he suffered a brain injury, and treats him accordingly. 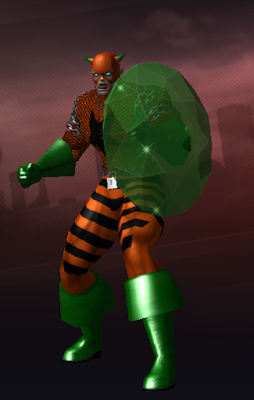 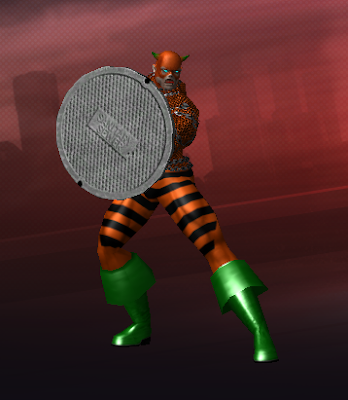 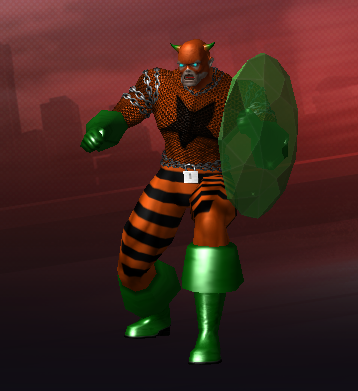 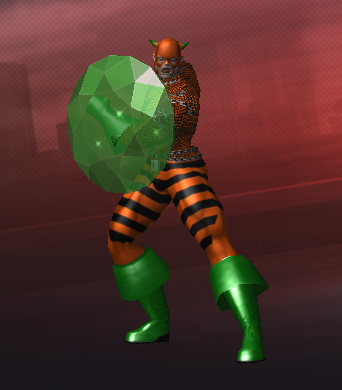 FROM THE BULLPEN!
This wonky weirdo, inspired by one of my favorite characters over at the Distinguished Competition, popped into my head while working on a completely different blog post, so I diverted focus with a quickness to ride the brain-lightning.  The end result tickles me pink, y'all.

After rolling Capz's stats, I had to use the "modelling method" to design the completely-outside-the-rules-as-written shield.  Captain America appears in at least a half-dozen sourcebooks in the Marvel Super Heroes game line, and his iconic equipment is described differently in each instance.  This was definitely an effort in "fudging it", and I hope the shield isn't too egregious (or too wimpy) in play.

I copied Iceman's abilities verbatim for the frigid-vision..