Mutants In The News — "THE GREATEST THING IN THE HISTORY OF THE COSMOS!!!" Edition

My life is complete. 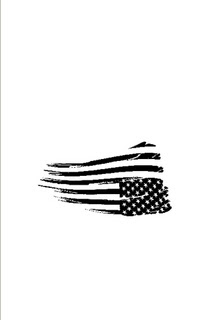 Strap in, folks.  This one is gonna ramble.

I hate to make my ma look bad, but this 1970s kid grew up on too-much TV.  And most of the programs I consumed were movies butchered repackaged for the small screen:  Universal-, Hammer-, and Toho-themed "monster movie weeks" on our ABC affiliate by day, and our dueling UHF stations at night;  Saturday creature-feature marathons; Sundays chock full of chop-socky flicks.  I studied TV Guide like it was the Torah.

Our first VCR was a godsend, because I had access to all the stuff that aired in the wee hours.  I had two or three tapes that I'd record over again and again and again.

I couldn't name the presidents, but I sure as hell knew the histories of Carradine and Price and Corman and Cushing and Lee.

And when I wasn't watching movies on the television, I was obsessively reading about them in Famous Monsters Of Filmland magazine and scouring the library shelves for anything cinematic.

My addiction carried into the '80s, with mom-n-pop video stores and sneaked Fangoria magazines and psychotronic film guides and Commander USA's Groovie Movies.

Throw in 35+ years of comic books and Warren magazines and the twisted catalog of Something Weird Video, and I think it's safe to say I know the "visual side" of "monster culture".

Now let's talk music.  No, not just music, but recordings, too.

Thanks to Dr. Demento, I've always loved "spooky songs".  And there's a whole world of it beyond Bobby "Boris" Pickett's Monster Mash.  (Which I saw performed live, by the way.  Yes, by Mr. Pickett himself.  It was awesome.)  At last count, I have over 40,000 terror-tunes, from every conceivable genre:  novelty to psychobilly to industrial to funk to punk to doo-wop.

But psychobilly is hands-down my favorite.

And I own what may be, according to a few guys in "The Biz", one of the world's largest collections of movie radio spot advertisements (on vinyl, and reel-to-reels), which I remaster and digitize like nobody's business.

I've contributed to a few DVD special features, kinda-sorta helped the Smithsonian and a certain Skywalker Ranch, and even had samples of my collection released commercially.

I never saw a penny for these endeavors.  I did it for pure joy of the medium.

I guess what I'm saying is that I know "monster audio".

Now, about gaming.  I've been slangin' dice for thirty years (and given the company I keep in Real Life and The Blogosphere, I think that still makes me a novice), and I've seen some interesting attempts at combining everything on which I just waxed nostalgic.


1989's It Came From The Late, Late, Late Show was a neat attempt at role-playing the creature features.  It even had it's own hostess-with-the-mostest narrator.

The game was pretty quirky, as you played an actor playing a character in the adventure's "movie script".  Your character's role would change from session to session, so PC Rip Manchest might be a daring archaeologist in one session, and a hunky astronaut in another, and then a singing lumberjack in yet another.

I never GM'd it, though, because it's a little too high-concept.  Why play an actor playing a badass, when you can just be the badass?  And why make each session a separate, artificial movie, when you could instead make the entire campaign world a continual, living movie?

I have played a couple of ICFTLLLS con games, and they were a blast.  A Scooby-Doo-inspired session at my very first GenCon was particularly delightful.  Shrug.  Maybe I'm just looking at it wrong. 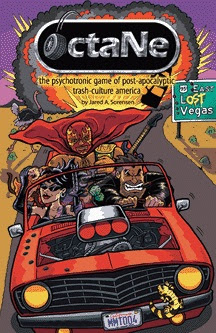 In 2002, Jared Sorensen gave us octaNe, "the psychotronic game of post-apocalyptic trash-culture america".  Not sure what it is about that dude and capitalization.

This book was an insta-buy for me, because of the whole post-apocalyptic thing I'm kinda known for 'round these parts.

The introduction says it all (and I'm copying the text, as-is, so don't fault the punctuation):

octaNe is a roller coaster ride through the trailer parks and strip malls of a post-apocalyptic, trash-culture America.  A garish B movie brought to life in living Glam-O-Vision.  A funkadelic, no-holds barred steel cage match of... well, you get the picture.

There is some great stuff in this book.  There's also some stuff that Tries Too Hard.  I'll let you decide  which is which based on your own druthers, from a sampling below:

)  The Rule Of Rock N' Roll:  rock music must always be playing while, uh, playing.
)  The Rule Of Snacks—White Trash Picnic:  everyone must bring eats, with chili-dogs, Spam, nachos, Jell-O salad, and Pabst being ideal.
)  "Theatrical Modes":  helpful play style guides with descriptions, including Psychotronic: Retro-Kool Kitsch and Grindhouse:  Cheap Exploitation and Arthouse:  Mythic Storytelling and Cinéma Vérité:  Gritty Hyper-Realism.  [Note:  That may be the first use of the now-overused "grindhouse" that I ever recall seeing.]
)  Shout-outs to Archie MacPhee, Rob Zombie, Big Daddy Roth, Interstate '76, DEVO, and Sturgeon's Killdozer.
)  PC classes (in the loosest sense of the term) that include Alien Naturalist, Ape-Man Islander, Bad-Ass Mofo', Death-Rock Siren, Mutant Trucker, Ostrich Wrangler, and my personal favorite, Disco Robot Gigolo.
)  A comprehensive atlas, with locales like Lost Vegas and AridZona and New Texaco and Detroit Rock City and Hawaii Monster Island.  Wastelands, monsters, aliens, luchadores, and mutants abound.
)  This is the character sheet:

Another thing.  The game is slick.  And what I mean is that's it's polished and cute and glossy and smart and laid-out nicely.  But that also means that it lacks grime and guts and sleaze and sludge I expect from a "psychotronic game of post-apocalyptic trash culture america[sic]".

As written, it's precious.

2006 was a banner year for retro-geddons.

Green Ronin's Damnation Decade is one of the greatest alt-histories I've ever read, as it's got every 1970s-ism that's near and dear to my heart (even if the serial numbers are filed off):  sasquatches and Rollerballs and urban cowboys and Kolchaks and death races and sleestaks and Soylents and disco godfathers and omega mens-es and satanic panics and stuff like this:

I think it's also nigh-unplayable, because you HAD to have been there, man, to groove to the nuances.  I can't fathom playing this with any person born after 1973.  And I didn't like how they tried to play it safe, and renamed some of the key players for wussified "legal reasons". Tricky Dick Nixon needs to be himself, and not a "Stanton Spobek".

And while it hits some of the same beats from "trash culture", it's far more grim gas-crisis-and-turn-your-grandparents-into-nutrient-cubes dystopia than wahoo, nitro-burnin' road rally.

I love this book, though.  I really do.

And then there's Postmortem Studios' '45 Hotrod Retropocalypse, where you play "in the ruins of the old world...in a land of atomic abominations, lawlessness, loose morals, fast cars and Rock N' Roll."

The product is a doozy.  It crams in so much, and is VERY enthusiastic.

The book's trade dress is done entirely in over-the-top "cinema style", with "reels" instead of chapters, and bombastic blurbs like this: 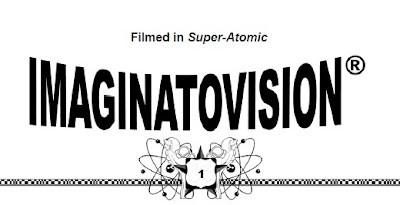 There's sections that explain "B-Movie Reality" with definitions a'plenty ("What is a B-Movie?" "What is Pulp?"  "What is Grindhouse?") that are very informative to the layman and extremely grating to the expert.

The pages on gender and "moral messages" and burlesque and sexuality are more than welcome, as they clarify their historical roles in the genre but also expect players to defy them.  And while I'm tangentially aware that author James "Grim" Desborough later caused a tempest, there's nothing even remotely unsavory and/or misogynistic here.  Quite the opposite, in fact.

You get an almanac that hits many of octaNe's beats, but expands them (into the realm of over-explaining, actually).

I'm going to ignore the chapter reel on game mechanics, because it bores me to tears.

Rounding out the book are a few monsters ("Albino Alligators" and "Creatures From Lagoons" and "Frankensteiners" are my faves), and some sample NPCs.

Like Ro-Daddy-O, The Greatest Thing I Have Ever Seen:

As snazzy as I think '45 Hotrod Retropocalypse is, it still doesn't scratch my itches, and ultimately falls kinda flat.  It's like a Betty Page pinup:  alluring and titillating and wrapped in leopard-print, but ultimately wholesome and adorable and quaint.

Which brings us to Jack Shear's Planet Motherfucker.

There's nothing twee about this 40-ish-page booklet o' brain-droppings.  There's no bloated treatises, as he assumes the readers for a book titled Planet-Fucking-Motherfucker know what they're getting into.

There's also no rules to speak of.  You're supposed to trick-out your rpg engine of choice with authentic, accept-no-substitutes P:MF accessories.

The inspirations.  The Rob Zombie ouvre gets much love, as well it should.  And the artistic shout-outs (including Dan Brereton, Simon Bisley, and Chris Cooper...what, no Unkle Pigors?) transform '45 Hotrod Retropocalypse's pulp and octaNe's greaser motifs into day-glo nightmares.  I want—nay, DEMAND—neon in my splatter.

There's very little in way of an atlas, because what more do you need than a setting that's "a hellacious fuckscape of violence and high-weirdness"?  Okay, okay...he mentions the voodoo-burg of Necro-Leans and the Pornopolis Of Lost Angels, and a few more.  But they're encapsulated in two or three evocative sentences that blow anything I've mentioned from the previous books out of the water.  They've got panache.  Greasy, sticky, stripper-glitter-and-musk coated panache.

There's charts.  So many charts.  And they're littered with pterodactyls and dragster-driving mummies (which just so happens to be my next character type in Richard Guy's Carcosan Wacky Races...yep, I'm gonna play Hot-Ra in his Car-Cophagus, aka The Zoom-Tomb!) and dirtbags and pornography and tattoos and The Quarry Of A Million Tragedies and hallucinogenic annelids and drank (which we H-Towners know a thing or two about) and opioid dinosaur urine.

I never knew I needed opioid dinosaur urine, but now I can't live without it.

There's a bestiary, which amounts to little more than perv-ifying and scuz-ilating your Monster Manuals.  But the critters are fun (belligerent tikis in place of dragons?  BRILLIANT!), and Shear earns points just by throwing a bone to one of the most ludicrous pinball machines ever made:

Lastly you get the character classes, all of which I want to play so very, very badly.  You can be a Brickhouse Amazon or a Chainsaw Paladin or a Dr. Satan or a Rat Fink.  Which means that your character is portrayed in Planet Motherfucker: The Movie by Pam Grier, Bruce Campbell, Jeffrey Combs, or, uh, him:

Shear takes the shambling hulks of every rpg book I listed above, stripmines away the tame and the cliched and the trite, and refills the gaps with Grade-A vice.  It's not burlesque and pin-ups (despite what the graphics suggest...I don't begrudge the guy his free images), but Russ Meyer and Larry Flynt getting double-teabagged by John Waters.  And William Lustig is recording it.  With monsters.

It's NASTAY, y'all.  And it's everything I've ever wanted in game (okay, okay..."game product") that captures my lifelong love of trash and monsters and music and funnybooks and skinflicks and grime.  I never got to visit 42nd Street in its glory days, but I can recreate it at the gaming table.  With monsters.

And that's just about the highest recommendation I can give.