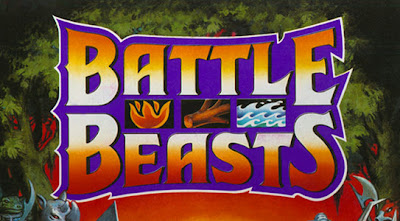 I've mentioned my great affection for the old Hasbro Battle Beasts toy line before, but better bloggers than me keep track of all the hot toy gossip that's fit to print.

And pictures are flooding in about not just one, but TWO, revival lines.

Finally revealed at this year's San Diego Comic Con, the first is Diamond Select's long-teased version, which uses the name and (kinda-sorta) trade dress of the original Hasbro toys. 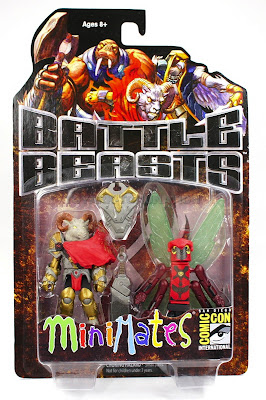 As much as I love me some mutants, I'm disappointed in these, as they're just Minimates with animalistic exoskeletons.  Yes, really.  They're just not "cute enough" for me.

But just try telling me that's not a picture-perfect Gamma Worldian Hisser.

Even more interesting, they're keeping the gaming element intact.  Granted, they've eschewed the rock-paper-scissors aspect to go with something involving dice that fit in the figs' chests (which is REALLY HONKING GOOFY)...but, boy howdy.  Just LOOK at those beauties. 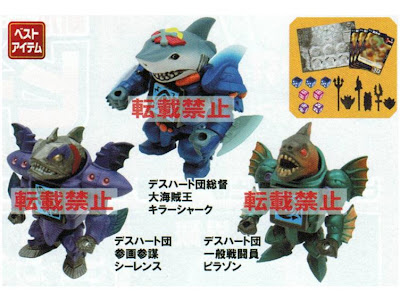 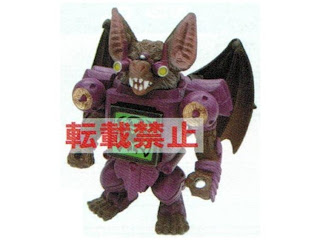 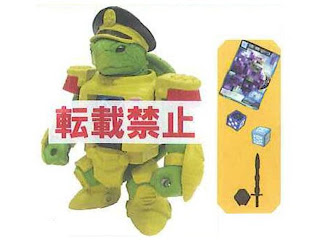 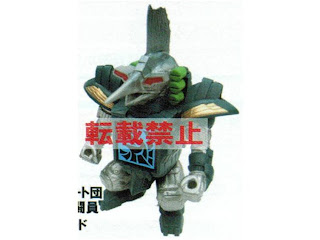 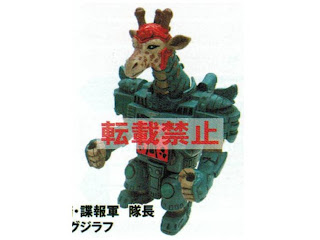 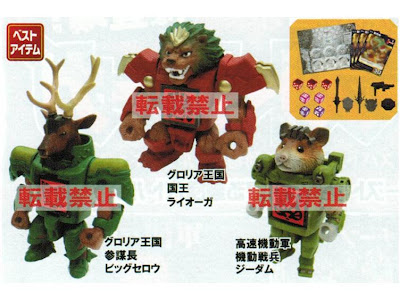 I say with some embarrassment that I just dropped a king's ransom on pre-ordering these adorable li'l mutants.  Yeesh.