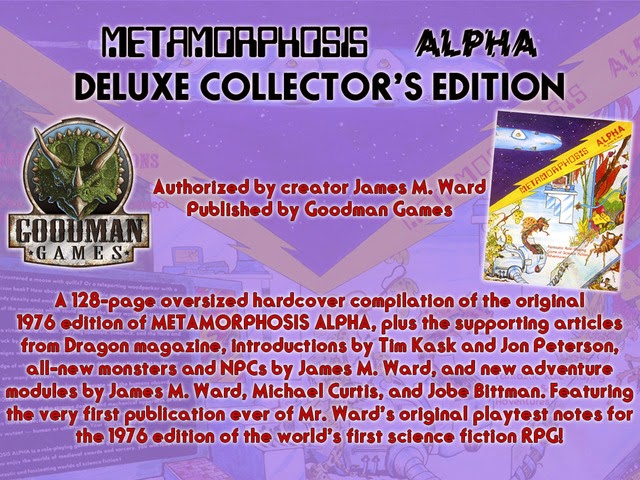 And this is what they mean by "oversized".  Compare the new version with the original stapled booklet! 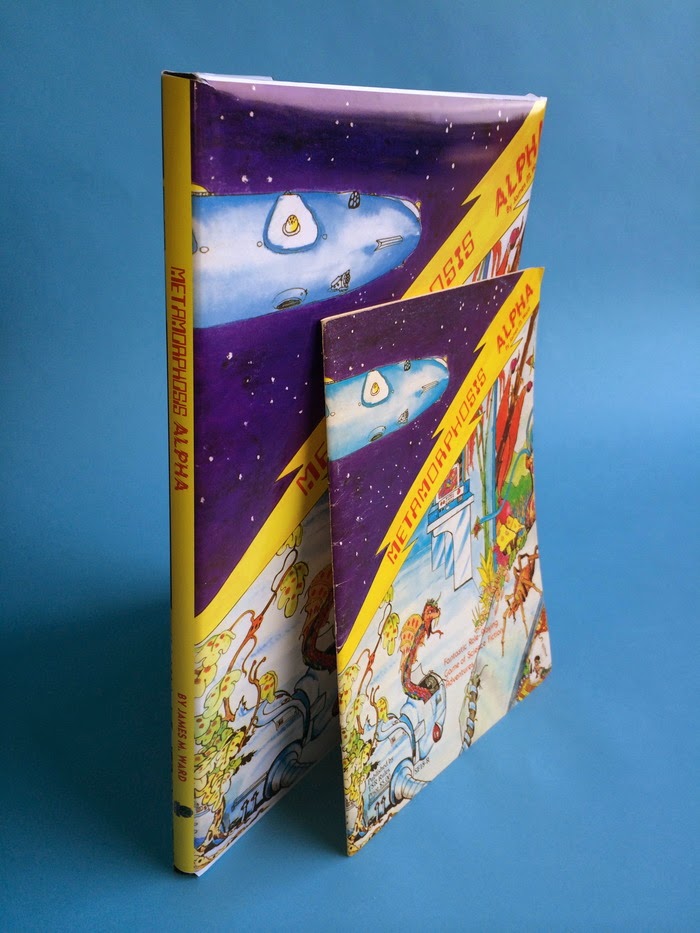 They're including a ton of mutastic extras, like long-lost magazine articles, new art, and new critters, plus a series of all-new modules (like the one by Michael Curtis below): 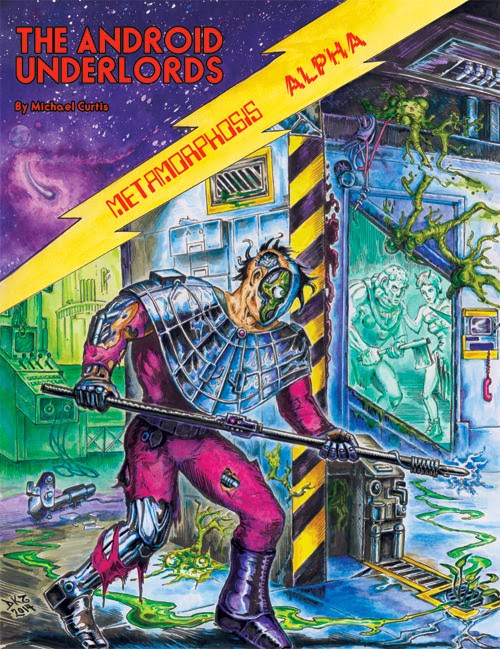 I've had the pleasure of playing MetAlpha at NTRPGCon under Jim Ward himself twice now (although the second game was damned frustrating, due to lily-livered players who cared more about a real-life prize than DOING EXCITING THINGS), and hope to make it a third at this year's show.  And not only do I like what Curtis does for Dungeon Crawl Classics, but he let me play the tyrannosaurus big-bad during another con game where my PC died early...so he's all right in my book.

This project happily gets my money.  And they're already 10% funded, so go give 'em your lucre so I can get my shiny new toys!