"Almost nothing stops them," said Dan Thayer, the water management district's director of vegetation and land management in a statement. "It tells us they're tough and rugged. The survival of an invasive species often depends on its ability to endure extremes. The Burmese python is overcoming a wide range of conditions in Florida, including extreme colds and a water shortage."

Hythons come ever closer to reality!

Email ThisBlogThis!Share to TwitterShare to FacebookShare to Pinterest
Labels: Mutants In The News, Pythocalypse Now 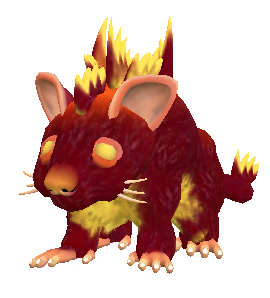 
Thermice are tiny rodents found in Ancient ruins, particularly those of a "high-tech" bent:  laboratories, hospitals, factories, military installations, and the like.  They are rarely encountered in the open outdoors.  While they prefer vegetation and Ancient foodstuffs, they can and will ingest fabric, electrical wiring, insulation, and discarded chemicals (meaning they are immune to all toxins).

There are two breeds of thermouse:  cryomice and pyromice.  Each variety is just as common as the other, but they only congregate with their own kind; in fact, they fight to the death on sight.  Cryomice are pale blue and covered with frost crystals and icicles, and they freeze liquids instantly; pyromice are reddish-orange in coloration, and the small flames that continually race across their bodies ignite nearby combustibles.  Picking up any thermouse bare-handed causes 2d4+1 damage per round of contact (before any extra damage, like a cryomouse's "ice spines").

Thermice are highly valued by residents of the Mutant Future.  While too dangerous to serve as pets, the creatures can be kept and bred in special enclosures that harness their abilities—pyromice are used in makeshift ovens, kilns, forges, and incubators, and cryomice in refrigerators and cooling systems.

Woe be to any village that allows their thermice to escape. 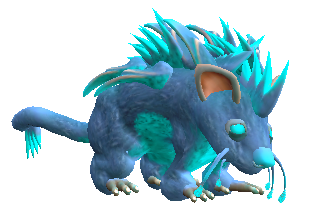