Blastats are nocturnal omnivores that stand 2'-3' tall with wingspans reaching 6'-8' wide.  Their bodies pulsate with a scintillating, multi-hued light that can be quite entrancing...right up until the point it's focused through the crystalline structures on their snouts into a destructive energy beam.  Groups of 5 or more blastats can also Confuse targets by swarming.
Blastats make their home in caves and Ancient ruins, particularly abandoned power plants.  They are drawn to areas of high radioactivity, and for the traveler, circling swarms of blastats often serve as advance warning for upcoming hazardous environmental conditions.
Mutations:  Echolocation, Energy Ray (Radiation), Reflective Epidermis (Radiation) 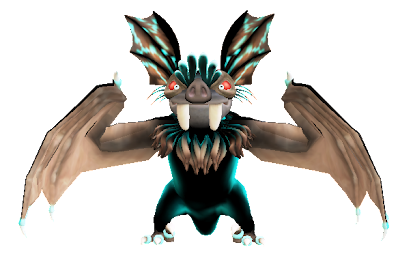 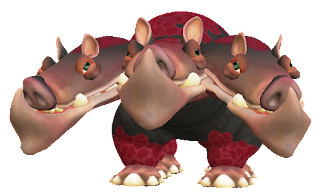 The semi-aquatic horpo is a territorial, aggressive beast that inhabits rivers and lakes.  While herbivorous, the massive 15' long, 3 ton creature is a terror of the waterways, often attacking transports and riverside settlements.

Horpos secrete a reddish fluid that serves as a natural sunscreen, which also makes them immune to light-based attacks and laser weapons.  This substance is highly valuable not only for its reflective properties, but also for use in dyes and pigments (not to mention its difficulty to procure).

As horpos mature, their hide thickens to such a degree that they lose the ability to feel pain...meaning they never retreat from a fight, and battle until death. 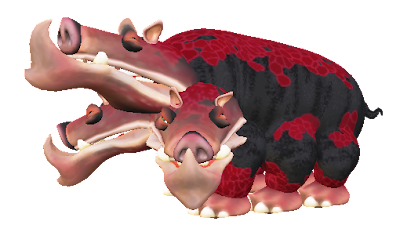 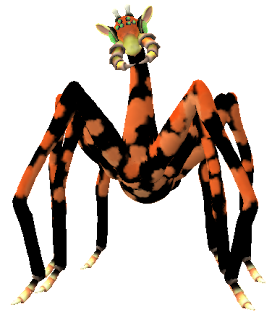 Girantulas, 25'-30' tall beasts with long necks, arachnoid bodies, and dripping fangs, are one of the most terrifying predators in the Mutant Future.  They dig earthen burrows near oases and caravan routes, and feast on the hapless travellers and their mounts.  Their bites inject a Class 15 poison.

While capable of chasing down even the fastest prey, girantulas prefer to attack from ambush.  They cover the landscape around their dens with sticky layers of nigh-invisible webbing, and then emerge when their targets are panicked and sufficiently entangled.  Engtangled creatures can't move, but can break loose depending on their STR score.  Any being with an effective STR of 18 or less can break free in 2d6 turns, while those with higher scores and/or bladed weapons can break free in 6 rounds...and anyone wielding Vibro or Warp-Field weapons can escape in 1 round.  Girantula webs are flammable, and all creatures within flaming webs take 1d8 damage for 4 rounds, after which the survivors are free of the strands.

Girantula lairs are reputed to be littered with valuables...although no one has ever survived being inside one. 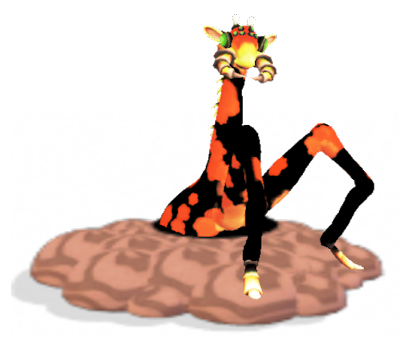