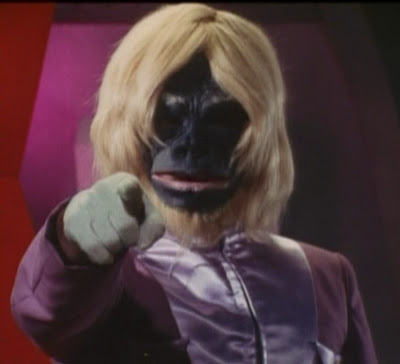 Human simpletons, life as you know it is at an end.

Your petty avarice and willful ignorance have despoiled this once-beautiful planet, turning it into a wasteland of pollution and garbage.  You squander and taint everything that gives you life:  your air; your soil; your seas.  Your self-destructive species is a blight on the galaxy.

It is high time to answer for such shameful neglect and carelessness...and you will answer to me, Dr. Gori, space-ape scientist from the Planet E...and future sovereign of the human race!!!

I shall use your own folly against you, turning your filth and refuse into monsters that feed on the very same.  From your corruption they arise...and on your corpses they feast!!!!

Your doom is assured!!!

I have captured your beloved Justin S. Davis and seized control of this primitive medium you call a 'blog' to crush your spirits during Earth's traditional holiday season. You wanted a "mutant future", so you'll have one...a horrifying future ushered in by my mighty menagerie of mutated monstrosities!!!

And whatever you do, DO NOT click on the video below.  It is juvenile, pathetic propaganda intended to boost your morale. As  if such a cyborg savior actually exists.  Ignorant gnats!!!

NOTHING CAN SAVE YOU NOW...NOTHING. 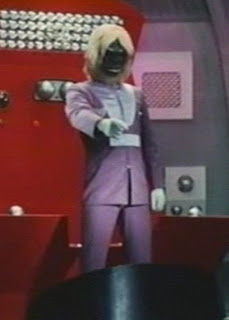 Dr. Gori, rogue ex-president and supreme scientist from the tranquil Planet E (which lies 40,000 light-years from Earth, in the Geisty solar system), is one of the most brilliant and diabolical minds in the galaxy. 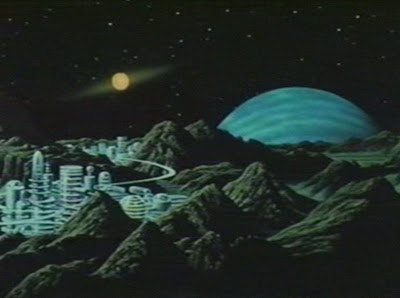 Dr. Gori was elected to power by his fellow apemen, who failed to realize he was a mutant intent on using his technological genius to conquer all the civilized worlds.  He was tried and sentenced to personality-reprogramming, but escaped thanks to a conniving army officer named Karas, and the two fled via flying saucer.  The dread duo found Earth after a magnetic storm drove them off course...and Gori found its beauty and nature entrancing. 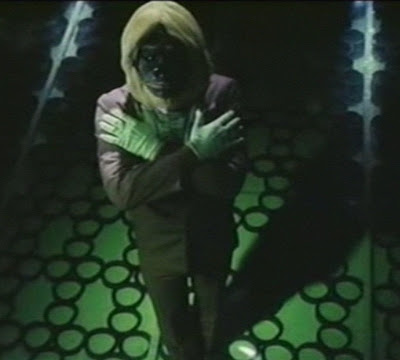 There was only one problem:  upon closer inspection, Earth was awash in pollution and contamination, and crawling with vermin...and that vermin was humankind.  And Dr. Gori knew just how to eradicate them:  with an army of abominations, all fashioned by his own hand!  So he unleashed his refuse-spawned monstrosities, and laid waste to the cities of men! 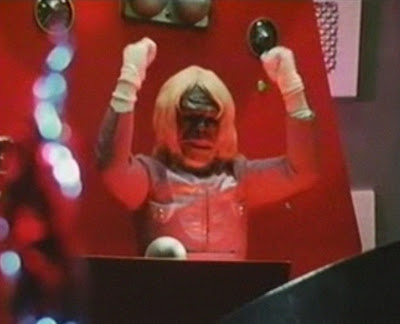 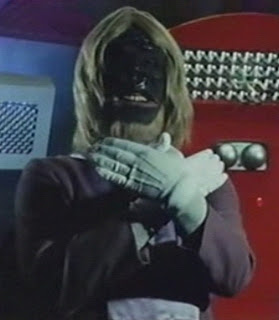 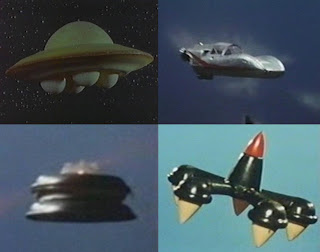 Dr. Gori relies on his trusted lackey, Karas.  Karas is a brutal (and somewhat bumbling) space-apeman with super-strength, amazing fighting prowess, a fondness for attractive humanoid females, and an affectation for less-than-effective disguises.  And when requiring extra muscle, Gori kidnaps humans and transforms them into apemen loyal only to him. 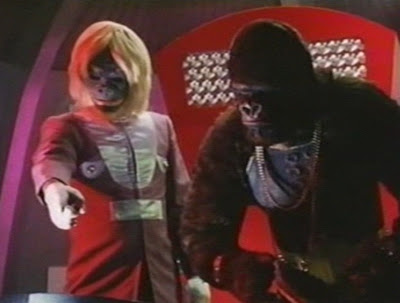