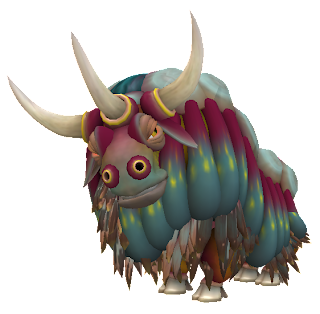 
The triple-horned yuxen are shaggy, fetid, half-ton ovines found in frigid climes devastated by Ancient drilling and mining practices.  They are ornery and stubborn, and quite protective of their young.

Their filthy fur drips with cancerous petrochemicals that inflict both Class 6 poison damage and Class 3 radiation damage, requiring dual Saving Throws upon exposure.  (Accordingly, yuxen are immune to all known toxins, diseases, and radioactive contaminants.)  A single yux produces upwards of 5 gallons of "oil" a day. Cunning warlords have been known to set yuxen alight, and then send them stampeding into enemy villages....

Domesticated yuxen provide valuable meat, milk, hides, and fuel...but only to the hardiest of mutant tribes. 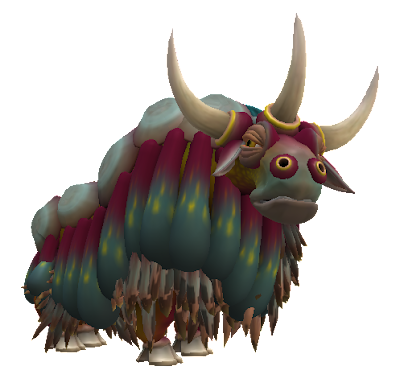 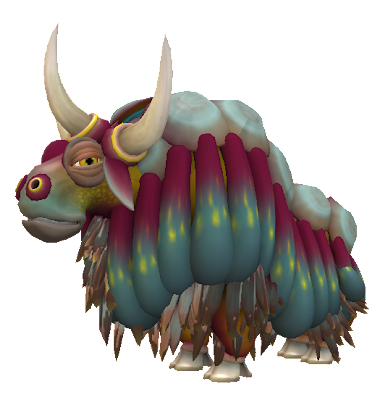