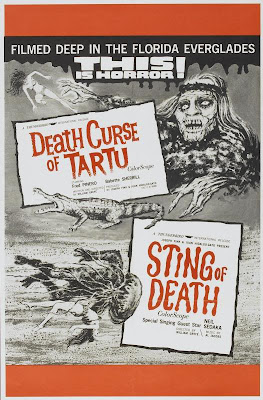 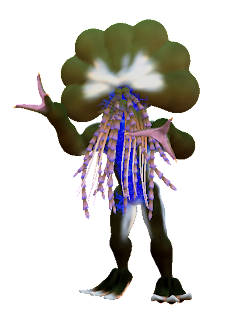 
Ancient scientists seemingly had no scruples or morality, and would explore every avenue of unhinged science...
...and in laboratories hidden deep in the darkest swamps, they combined sea water, electricity, chemicals, and human blood...
...TO CREATE THE ULTIMATE TREACHEROUS, LECHEROUS FUSION OF MAN AND MAN-OF-WAR!!!
A man o' were is a twisted being that infiltrates a swamp- or oceanside community to sow murder and mayhem.  It appears and acts as an ordinary Pure Human, but when stressed, angry, or seeking revenge against perceived slights and/or romantic rivals, it spends 1 full round transforming into a mind-bending half-man, half-jellyfish hybrid.  The creature grows savage claws, dangling tentacles, and a bulbous, inflated head.
Men o' weres are cunning strategists, and often set traps, sabotage vehicles and buildings, and attack from ambush.  Their claws inject Class 17 poison, but the poison is slow-acting, so those struck get 2 separate Saving Throws to avoid death [if failing the first roll, the victim can roll again to Save for half damage].
A man o' were can summon 3d10 common jellyfish to come to its aid during aquatic battles.  The animals each have 1 HD, do 1d4 damage, and inject Class 3 poison.
Mutations:  Aberrant Form (Gills and Lungs), Toxic Weapon ("Death-Sting") 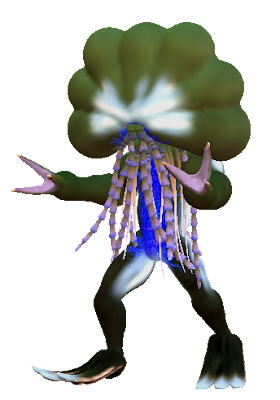 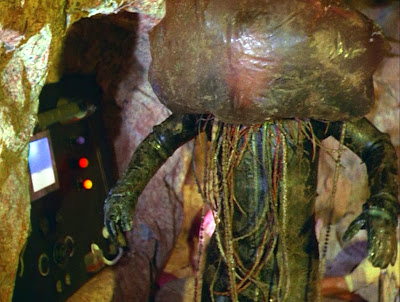 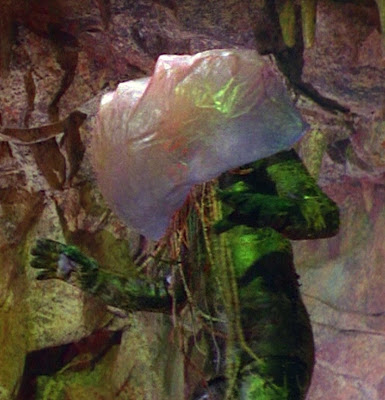 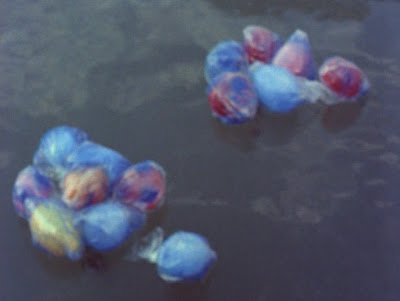 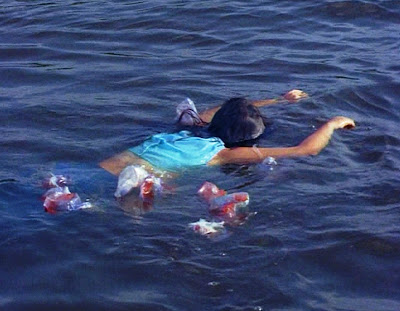