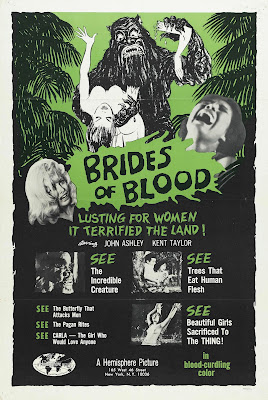 
The Ancients callously tested their atomic weapons far from their own civilizations, but tragically close to islands inhabited by primitive peoples...

...AND THOSE NUCLEAR FIRES MADE MANIFEST PRIMAL PASSIONS MOST APPALLING , PERVERSE, AND PROFANE!!!

Island defilers are encountered in remote tropical paradises (albeit radioactive ones, with deadly flora and fauna to match) far removed from the blighted ruins that typify the Mutant Future.  By day, they appear as attractive Pure Humans of any Alignment, and usually carry positions of status, wealth, and power...but when darkness falls, they metamorphose into misshapen, green monstrosities with patchy fur, bulbous tumors, blazing eyes, gaping maws, and insatiable appetites.  Carnal appetites.

The creatures are so hideous that they instill mindbending terror in all who behold them. Anyone encountering an island defiler must make a Saving Throw Versus Paralysis at a -2 penalty, with failure indicating Confusion [as per p. 57 of the Mutant Future Core Rules] per the following modified chart:

To prevent an island defiler from rampaging throughout a village, the residents stake out 2 sacrificial victims a night [gender determined by the island defiler's proclivities] upon whom it unleashes its barbaric lusts.  After copulation, the beast butchers each sacrifice into 2d8 pieces (which go uneaten, making its dietary needs in monster form unknown).  Abject fear prevents the villagers from realizing that the loss of 2 members every single evening will quickly destroy their community.

An island defiler's lusty panting (which sounds like a cross between a dying pachyderm and an asthmatic foghorn) is so loud and persistent that it never gains Surprise.  And its Hoard Class represents the material wealth of its daytime guise.

Most afflicted with the accursed island defiler condition are completely unaware of their transformations. 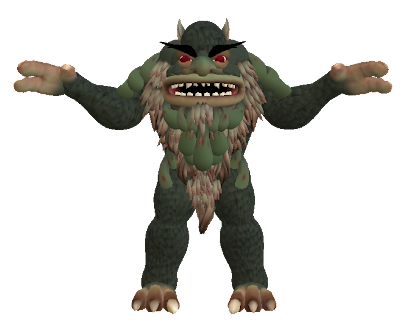 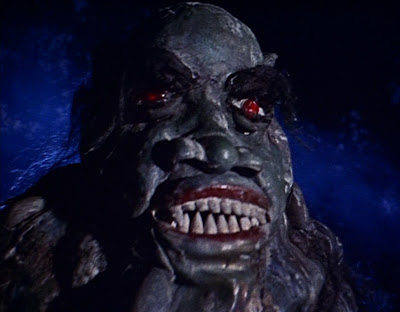 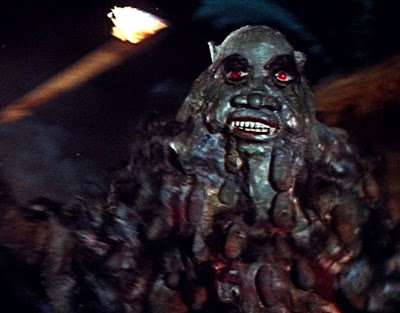 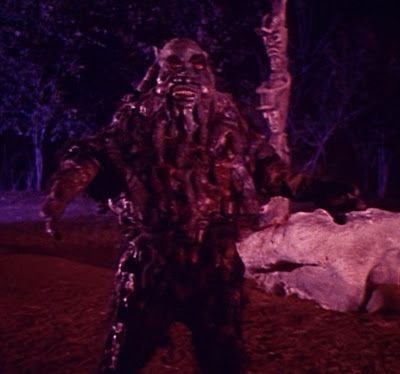 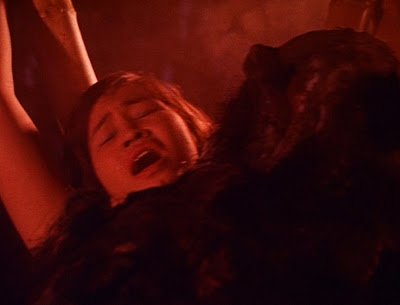 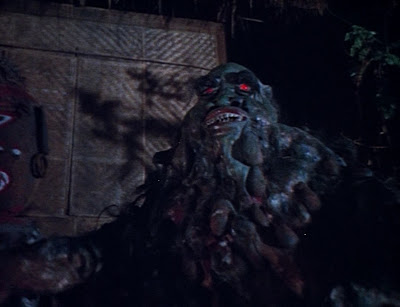 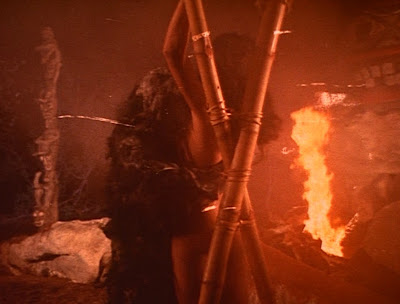 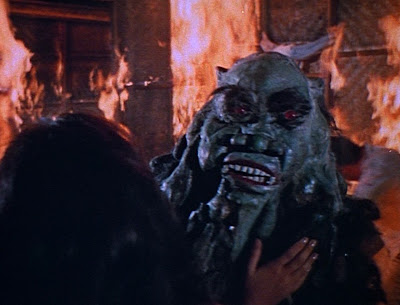