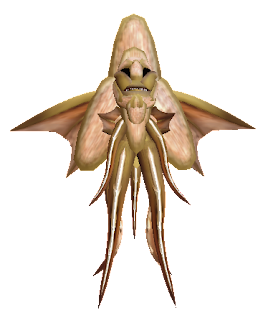 
Hanivores are freakish, rubbery creatures that stand 8'-9' tall on their multiple spindly, tentacular legs.  Every aspect of their appearance exudes disquiet and menace, from their wheezing gills to their grinding teeth to their black, soulless eyes.

Hanivores dwell deep within toxic seas, but launch surprise raids—often while wielding Ancient weaponry—on beachside communities.  They make the diabolical most of their ability to survive an hour out of water.  And given the flexibility of their hides, hanivores only suffer half damage from conventional weapons and firearms.

Their use of technology indicates intelligence, but all attempts at communication (including Neural Telepathy, to which they are immune) with the hanivores has failed, and no evidence of their culture has been observed by surface dwellers. 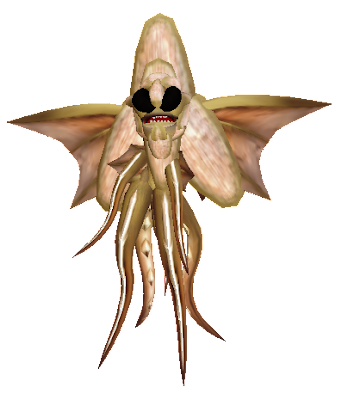 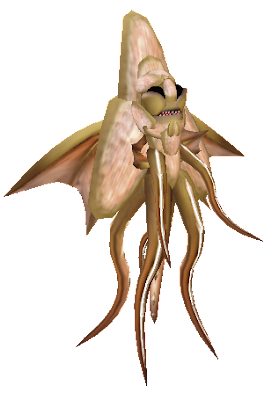