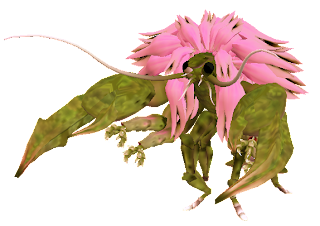 Description
Peneleope (Penny to her friends) is a typical Craw, except for a fascination with wigs—particularly pink ones—of The Ancients. 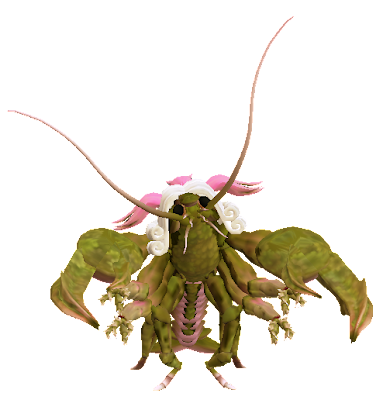 
Allicats are small reptiles of similar size, coloration, and temperament as Ancient housecats.  They have velveteen fur on their backsides, but scaly bellies.  Equally at home in swamps as urban ruins, they feed off anything that can fit in their mouths:  rodents, birds, fish, etc.  They are surperb climbers and swimmers.

They give birth to 1d6 live young, which are covered in downy fuzz until 3 months of age.  Allikits are almost impossibly precious.

Allicats make excellent pets, and are particularly loved by The Craw. 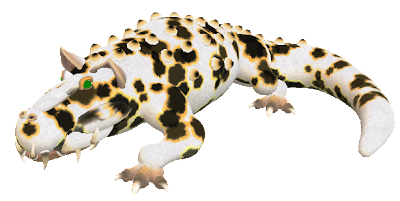 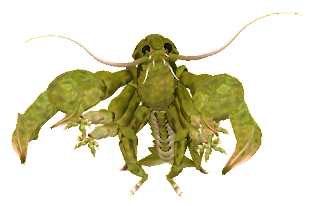 The Craw are sentient crustaceans that dwell in the bayous and marshes of the Mutant Future.  They are "swamp folk" in the truest sense of the term, living as fishermen, trappers, and traders (with some enterprising types working as guides, moonshiners, herbalists, and smugglers).  A Craw stands 4'-5' tall, reaches snout to tail lengths of 10', and weighs between 200-300 pounds.  Each Craw has 10 limbs total, with 4 legs, 4 arms (with hands), and 2 oversized pincers.  Their antennae flail wildly when they speak.

The Craw are plagued by congenital disabilities, such as a savory, predator-attracting scent, a vulnerability to extreme heat (they take an additional +3 Damage per Attack Die), and a collective fear of potatoes and corn.  To compensate, they have evolved certain defense mechanisms (thick carapaces; the Force Screen and Empathy mutations), and they reside in large groups in fortified, water-filled subterranean complexes.
The Craw find the taming of crawdogs to be distasteful.  Instead, they keep small, furred crocodilians known as allicats as pets.
Mutations:    Aberrant Form (Gills and Lungs), Empathy, Force Screen, Frailty (Heat) [D], Natural Armor (Extreme), Phobia (Plants) [D], Prey Scent [D] 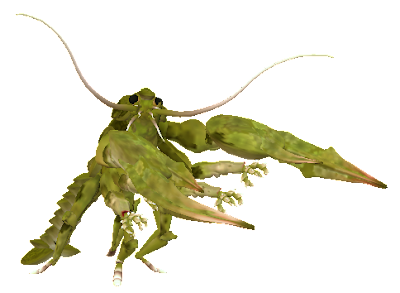 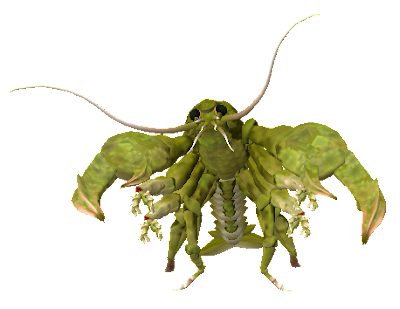 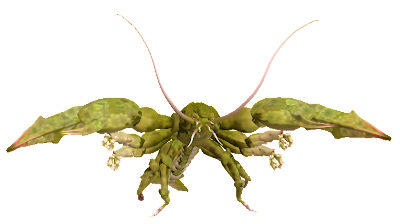 Mutagenic Matrimony (or, My Bloodthirsty Bride)

Thanks to the fun had robbing and antagonizing goblins so obnoxiously that the li'l buggers burned down our dirt-farming village in revenge rescuing a wholesome rural community from foul raiders in Theron's new Castles & Crusades campaign, my wife has been bitten by the roleplaying bug.

Which is awesome, given that she professed to HATE gaming, due to a) a long-time boyfriend who preferred building Vampire: The Masquerade characters to making out (no, I don't get it either), and b) getting press-ganged into a Call Of Cthulhu LARP that was secretly recorded and turned into a documentary shown in local film classes.

I always suspected she had it in her, though.  She loves video games, and plays RPGs almost exclusively.  I've sneaked in from work and overheard her joyously—if terrifyingly—singing, "I love loo-ooo-ooootings!" and "Too much talking, not enough kill-llllling!" to herself while playing Dragon Age.  And God Of War and Knights Of The Old Republic are her favorite games ever.

Anyhow, she's been clamoring to play more tabletop games, and wants me to get a Mutant Future campaign going.  Here's pretty much how it went down:

"I want to play your mutant game."

"Really?!  Cool!  What kind of character do you want?"

"I WANT TO BE FROM A RACE OF MUTANT CRAWDADS!!!"

"And she wears a pink wig."

"...Ooookay.  You'll have to roll the rest randomly, though."

"So, that means I smell delicious to monsters, and take extra damage from boiling?!  That's AWESOME."

"Now you need to spend your gold."

"I totally want a trident.  For stabbing."

*scribble, scratch, erase*  "...A bedroll?  That's stupid for a crawdad...but a blanket might be cute, though.  A snuggly one."

And so was born Penny, and her people The Craw.  Only the animal-specific parts (Natural Armor; lungs and gills) of her race were picked at the beginning—EVERYTHING else, she rolled at random.  She rolled that max 1d8 damage on the claws.  She randomly rolled each and every mutation, including three(!) rather perfect Drawbacks for her concept.  And, yep, she straight-up got that 4 on that Phobia chart.