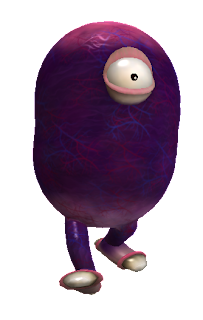 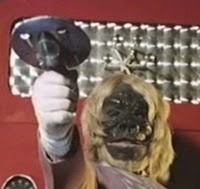 Ahhh, visitor from Zunoh...you dared challenge Gori!!!  You thought to possess the body of MY henchman, and steal MY spaceship to return to your homeworld?!!!   Fool!!!  I turned the tables on you easily, and made YOU the captive.  Your race's alleged guile was no match for my genius!!!

Fortunately for you, I had need of your talents.  I offered safe passage to your planet in return for inhabiting my monster Giligand, so as to combine your brains with its brawn.  Truly, you must concede that I am your master!!!

Hailing from the planet Zunoh, Zunohmen resemble fleshy, pulsating, ovoid tumors atop spindly legs.  Each possesses a single, milky eye.  Zunohmen explore the galaxy in their advanced spacecraft, and those encountered on Earth are usually marooned and in desperate search of transport.

Zunohmen are powerful mentalists, but their physical forms are vulnerable and nigh-useless. They counter their weaknesses by parasitically merging with, and possessing, other creatures and humanoids.  A Zunohman incapacitates its target mentally, and then flops atop the victim, melding into one.  A merged Zunohman takes on the attributes (AC, HP, attacks, etc) of its host, and not only has full access to abilities, knowledge, and mutations, but also uses them in superior fashion (hence the Combat Empathy).

If the possessed creature dies, the Zunohman is not harmed in any way; it simply disengages from the body, and seeks out new quarry.  Zunohmen often treat their hosts as disposable, even going so far as to force them to commit suicide if it proves advantageous.  Peculiarly, a deceased host shatters as if made of porcelain 2d6 rounds after a Zunohman leaves its confines.

Three times per day, a Zunohman can run in a 100' diameter circle at hypersonic speeds, and all trapped within suffer the effects of a Killing Sphere. 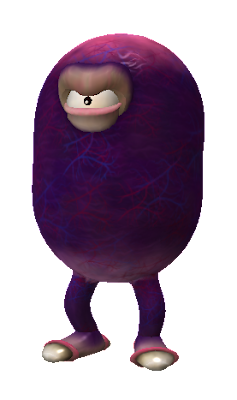 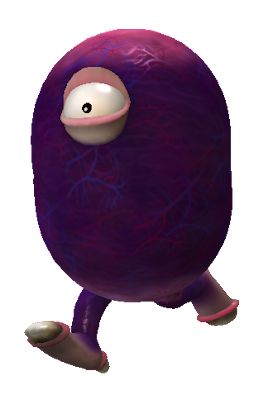 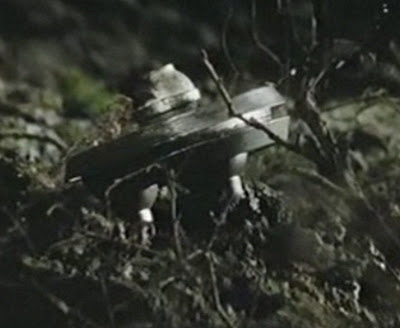 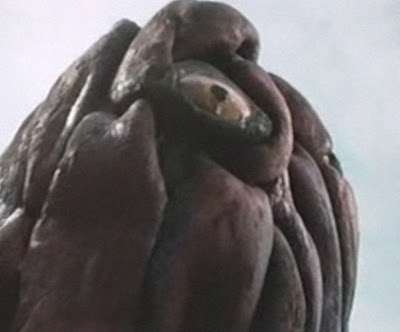 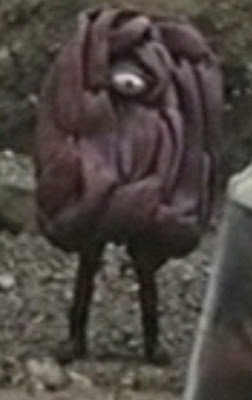 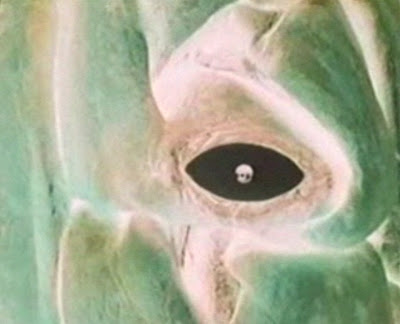 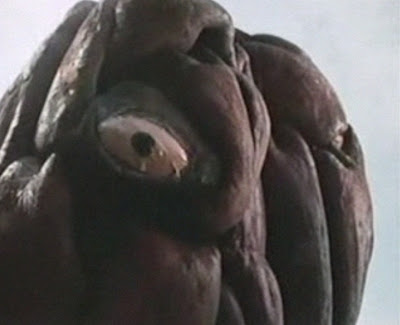 [The Zunohman (aka Zunou-Seijin in Japan) appears courtesy of Episodes 21-22 from the 1971 TV series, Spectreman.]