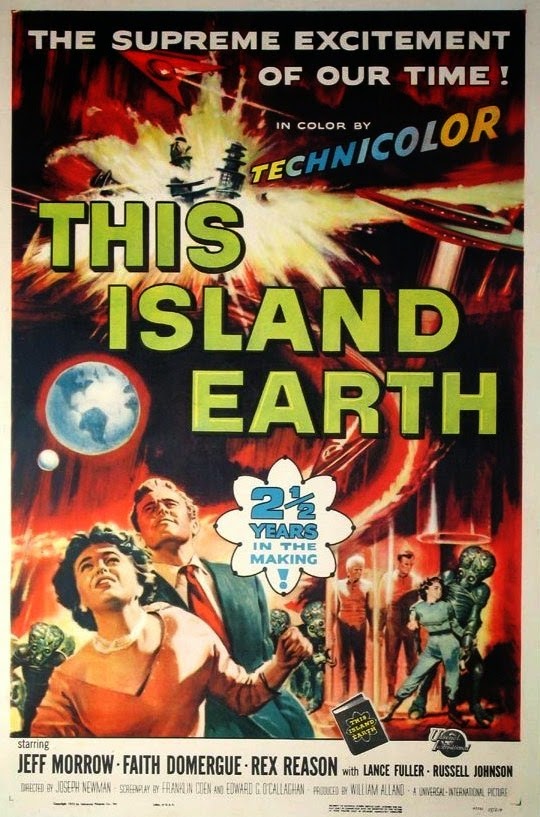 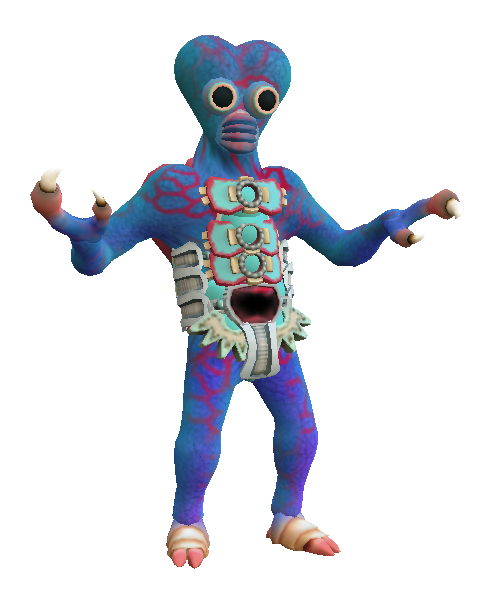 
As The Ancients ventured into the stars, they ran afoul of numerous extraterrestrial beings harboring ill intent towards Earth and its inhabitants...

...BUT NONE WERE AS FORMIDABLE AS A DOOMED RACE OF INSECTOID SLAVES WITH NOTHING TO LOSE!!!

Once ordinary intergalactic arthropods, metalunoids were uplifted into a semi-intelligent servitor species by a technologically superior (but morally bankrupt) race.  They are mute, 7' tall, hulking brutes with chitinous skin, wicked pincers, and throbbing, bulbous craniums. Though there is no clear evidence to support it, metalunoids may be psychic.  [Mutant Lords could grant the Metaconcert and / or Neural Telepathy mutations].

Metalunoids get +3 To Hit and +3 Damage in melee combat, thanks to their elongated arms and herculean strength (which proved useful in their former roles as sentries and manual laborers).  And if they successfully strike with both claws in the same round, metalunoids can freely squeeze their foes for an additional 2d6 damage.

Resilient and powerful, their Hit Points are doubled, as per their enhanced CON mutations. That said, when reduced to less than 30% of their HP totals, metalunoids become particularly sensitive to fluctuations in atmospheric pressure.  All attacks against them under such conditions do an additional +2 Damage per die.

Metalunoids encountered in the Mutant Future crash landed in escape saucers launched from their devastated homeworld, and they are scared, frustrated, hungry, and likely injured. Perhaps the PCs could aid the metalunoids in shaping their own destinies in the cosmos...? 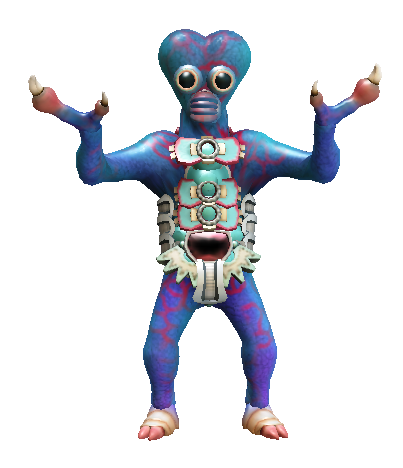 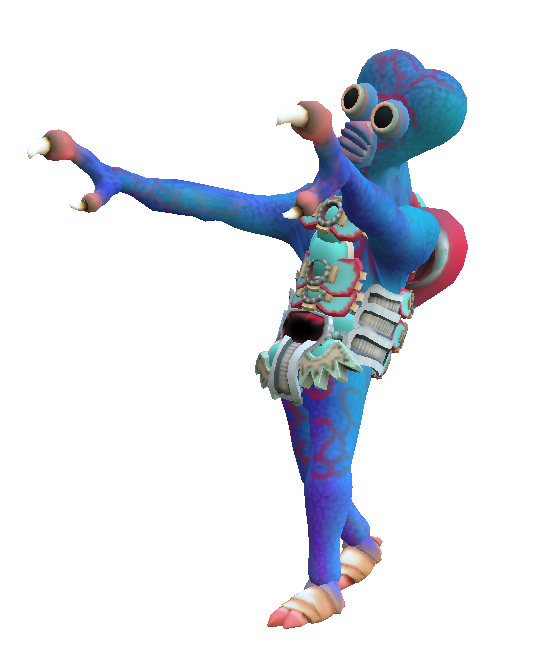 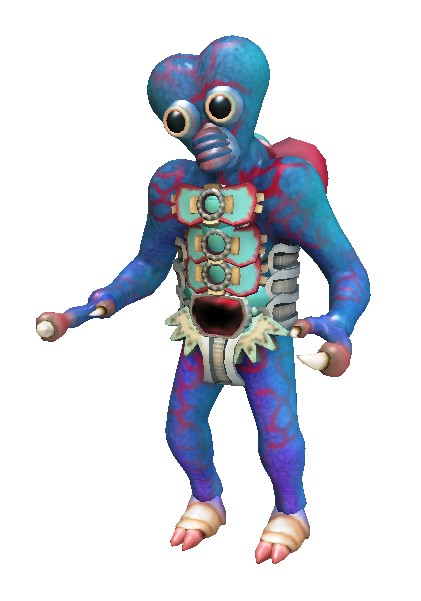 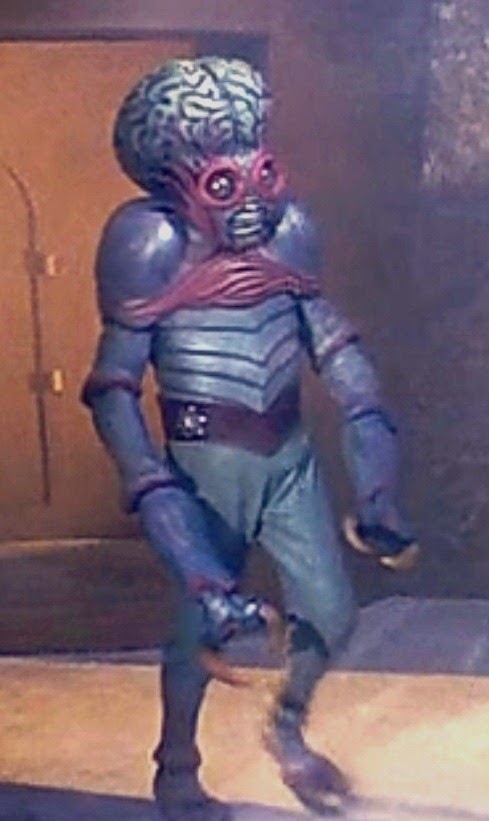 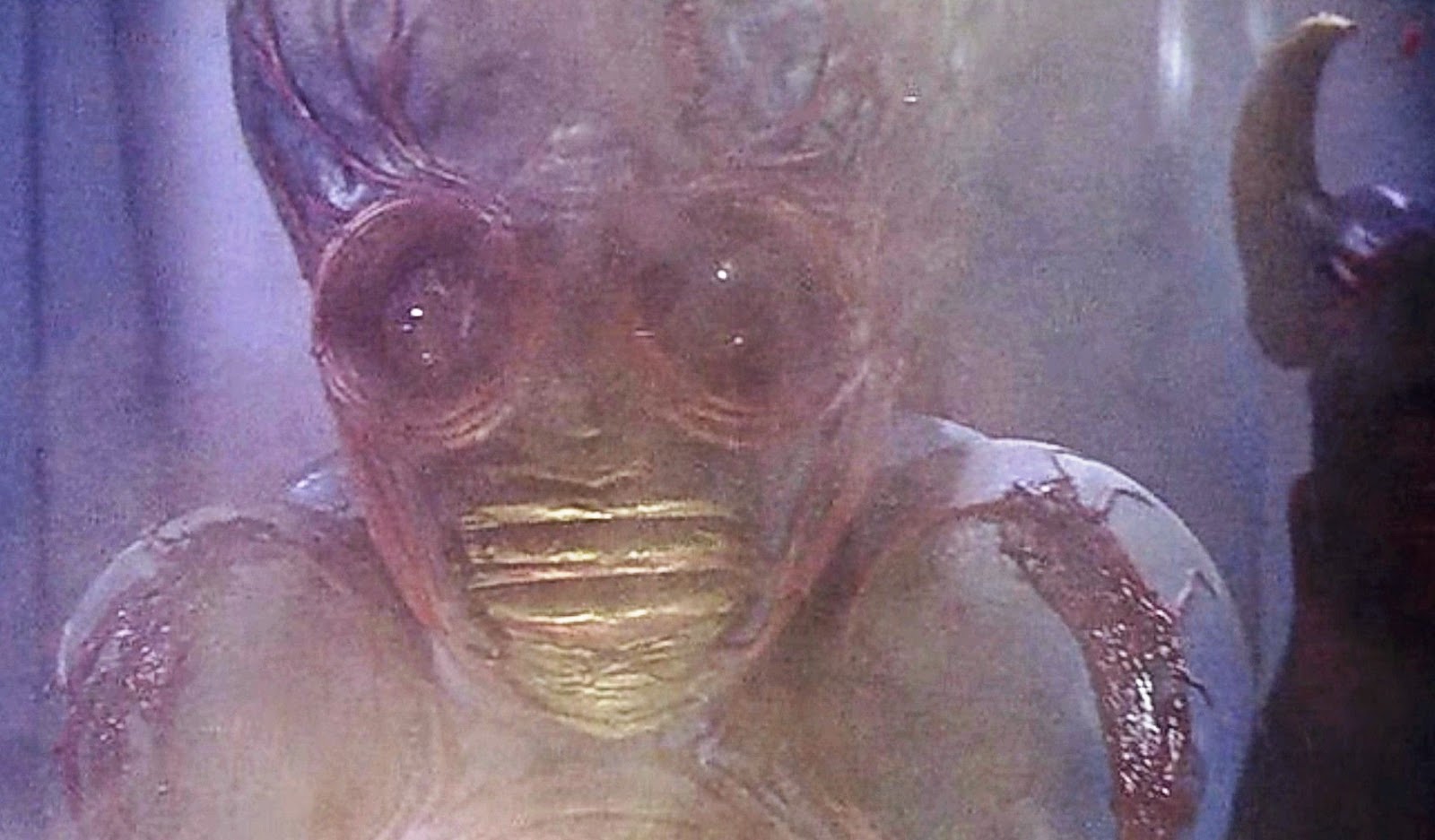 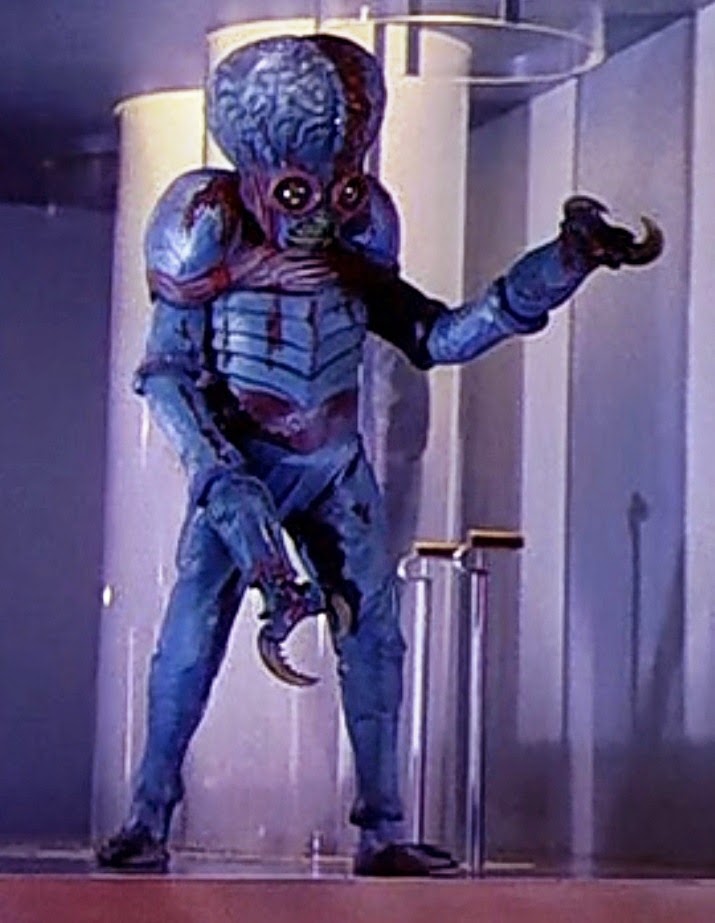 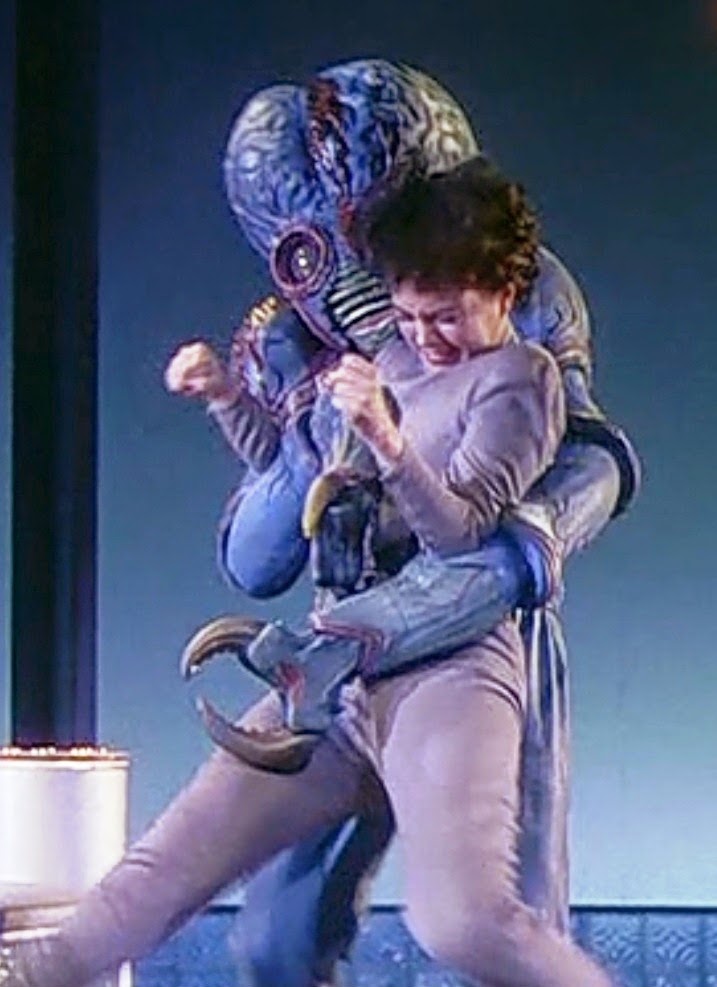 Metalunoids were menial laborers and guards for a hyper-developed (yet unfeeling and warlike) race on a long-dead world.  Any encountered on the Starship Warden are refugees that arrived via escape pod crashes, errant teleportation rays, and/or automated specimen-retrieval craft.  They are confused, exhausted, and aggressive, but may, perhaps, be bargained with. 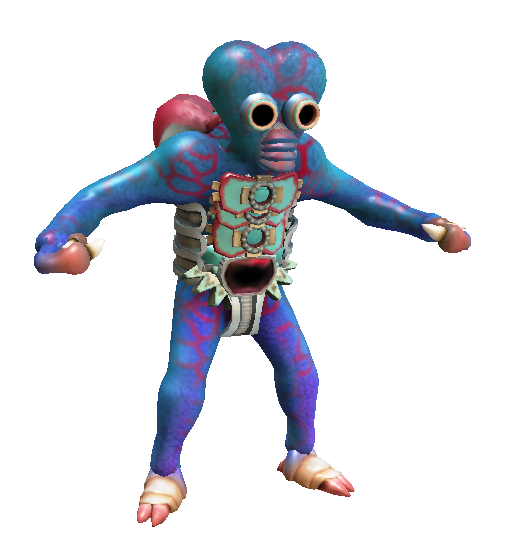