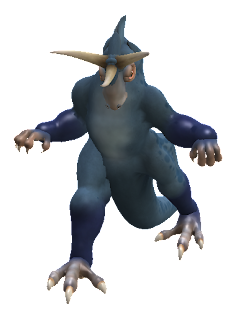 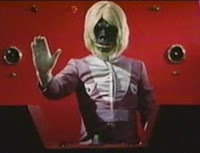 Ahhh, Magulah...truly, a tragic creature!!!  When I brought Satanking to earth, his impact inadvertently awoke you from your subterranean slumber, and crushed your precious egg.  Who knew such a simple beast could feel such fury? Never have I beheld such grief...such rage...such a thirst for vengeance!!!

If only I could have controlled you as my own, humanity would be laid low beneath your inconsolable wrath!!!

Magulahs are 8' tall bipeds with 3 massive horns, blast-proof hides, and lashing tails.  They nest in expansive tunnel complexes deep underground, and can burst up to attack, Surprising on a 1-3 on 1d6.

A magulah uses its horns in combat, either to Charge, or catch thrown projectiles and hurl them back (works 50% of the time), or focus bio-electrical blasts.

Magulahs are clever enough to focus on vulnerable wounds and injured limbs, in hopes of incapacitating and/or crippling foes.  And they are tenacious fighters, being one of the few creatures observed to survive an encounter with a Satanking.

Fiercely protective of their offspring, magulahs have Morale 12 when defending their eggs and young.  And if  said eggs or young are harmed in any way, a magulah mourns (weeping tears of blood) for a full turn...and then relentlessly hunts down the offending party, doing an additional +3d6 damage per every single attack against the specific target(s). 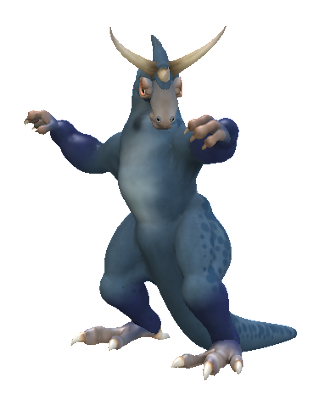 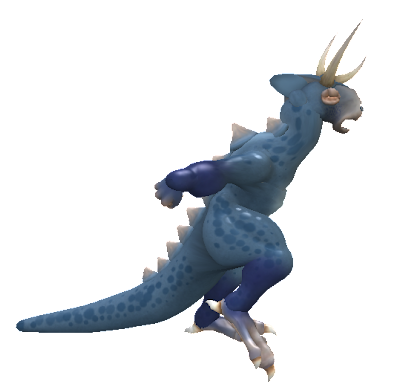 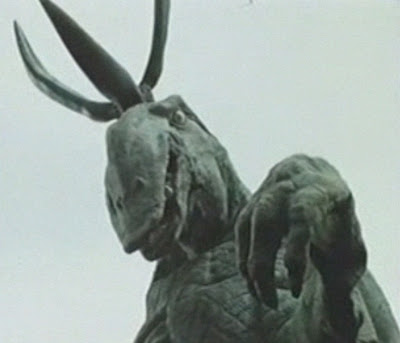 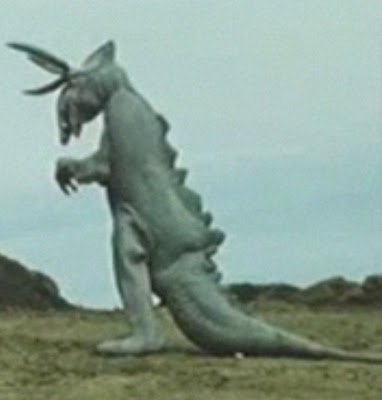 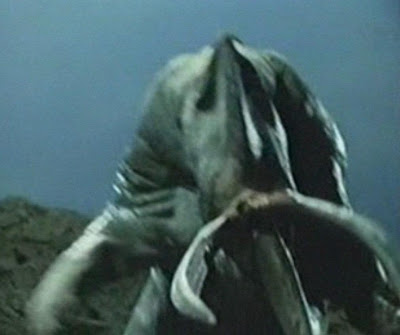 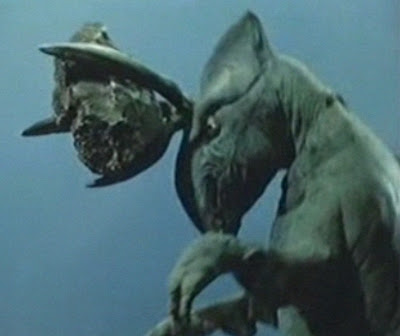 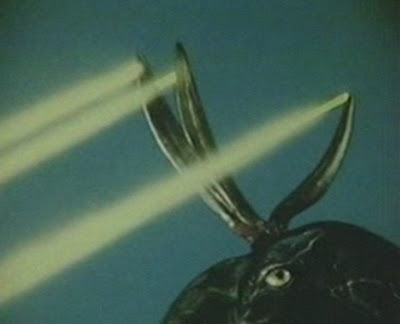 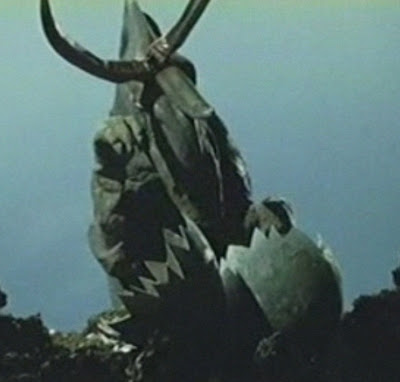 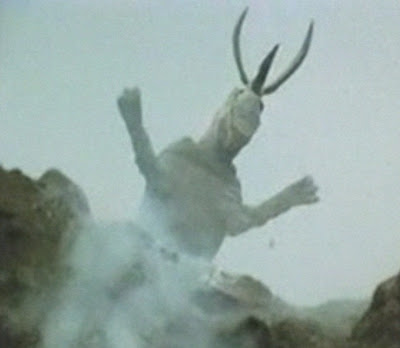