Mutants In The News — "It's Like They Merged Dr. Zoidberg And Bender B. Rodriguez" Edition

According to the Associated Press, a surgical robot named da Vinci is under scrutiny for assorted problems and deaths, including "hit[ting] a patient in the face during a hysterectomy" and not "let[ting] go of tissue grasped during colorectal surgery".

Here's some pics of that li'l scamp. 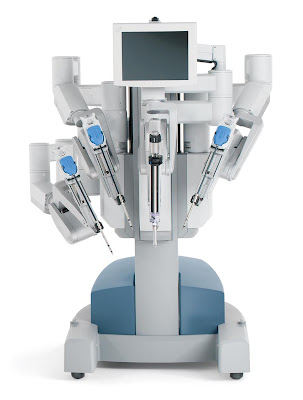 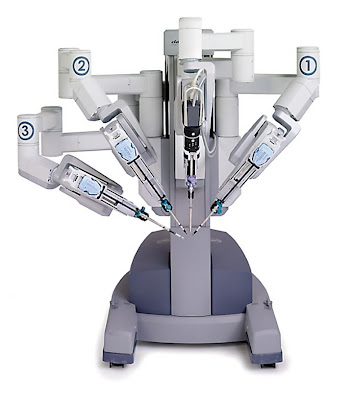 Wow.  There is NOTHING about "Dr. Stab-bot, M.D." there that isn't terrifying.