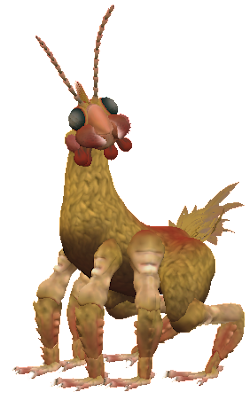 Domesticated by settlements throughout the Mutant Future, crickens are small, 18'' tall creatures with six legs, beaked mandibles, and chitinous exoskeletons blanketed by brown feathers.  They are prized for their meat as well as eggs (which they lay in clusters of 4d8).

Capable of leaping great distances vertically as well as horizontally, crickens scatter wildly when confronted by predators; as such, breeders tend to keep them in coops with secure roofing.


As some poor souls have discovered, crickens and fanghens cannot be raised together, as the two species interbreed at an uncontrollable rate to create ravenous, bounding, swarming, razor-toothed horrors called jawhoppers.

A trite answer to a question frequently asked at Mutant Future barbeques is, "Tastes like cricken!" 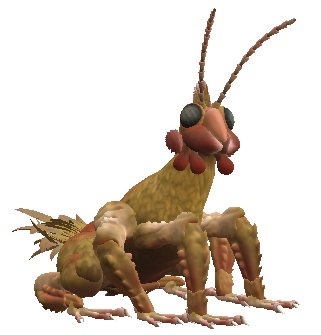