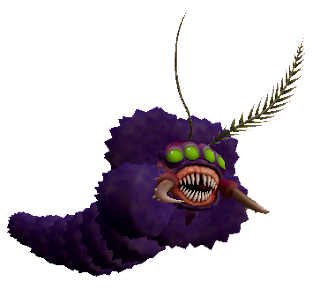 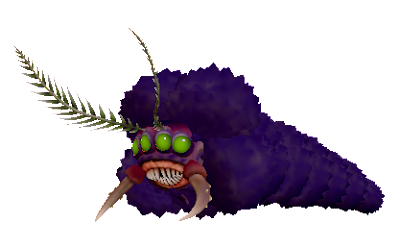 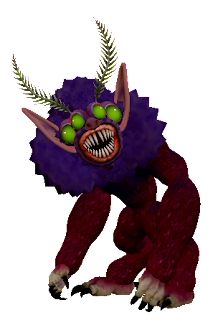 
The abominable, ape-like skwirmin are the adult forms of larval skwirms.  They stand 3' tall, and possess primate-like builds (with the corresponding agility and brachiation capabilities) covered in purplish fur.  Their 4 eyes burn with malevolence...radioactive malevolence.
Skwirmin strike with such speed and savagery that they inflict two claw attacks and two bites per round, allowing for double doses of their toxic saliva (as determined randomly on the Poison Class Table).
Female skwirmin lay slimy clutches of 12d4 eggs, and many an incapacitated adventurer has died ugly by being dragged into a hatchery during breeding season.  It's fortunate that skwirmin are cannibalistic; otherwise, they and their horrid young could overrun the Mutant Future.
Mutations:  Increased Sense (Hearing, Smell, Vision), Optic Emissions (Gamma Eyes), Shriek, Toxic Weapon (Venom) 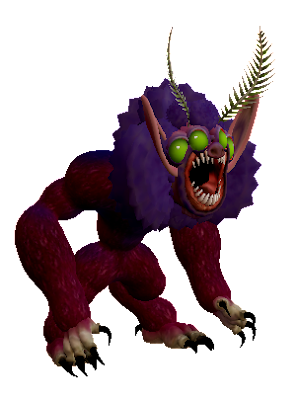 
Designer's Notes:  I've been sitting on these guys for many, many moons because The Esteemed Sniderman revealed his own Skwirms back in November 2011.  I've been reshuffling the queue so as to not bite his style.