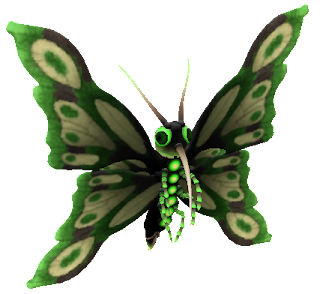 The fetid insects known as gutterflies are drab creatures with 1' long bodies and 2' wide wingspans.  They infest Ancient ruins (particularly medical facilities), cesspits, and abandoned sewers, and while primarily feeding on offal and biological waste, they also drain blood from living prey.

Gutterflies attack with piercing proboscises, and anyone bitten must make a Saving Throw Versus Poison.  Those that fail become infected with gutterflu within 1d6 hours, taking Class 7 poison damage and suffering a temporary loss of -1d4 STR, -1d4 DEX, and 1d4 CON for 1d4 days.  The sickness isn't deadly, just debilitating; anyone reduced to 0 or less Hit Points by the poison damage is instead reduced to 1 Hit Point, and multiple bites aren't cumulative.  Those that become ill are thereafter resistent to the effects of gutterflu from new bites for 2d8 weeks.

Gutterflies are immune to all known toxins and diseases, but deathly afraid of open flames. 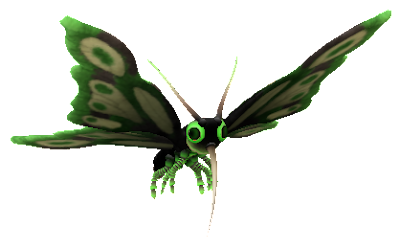