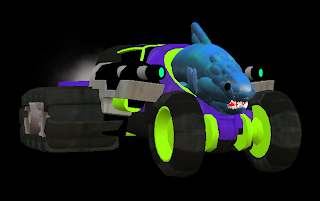 Rocketjaws are sleek, low-slung, 10'-12' long biomechanical hybrids of fish and machine, with the living animal encased in a polymer battle-shell capable of moving over any terrain at fantastic speeds.  Said shell maintains life-support functions for a land-based existence while allowing the creature to devour prey as fuel.  Rocketjaws are used as scouts and trackers, and while no one definitively knows their origins, most assume they are the controlled by the Brainwhales to reconnoiter the surface world for pending invasion.

In close combat, rocketjaws bite for 2d6+3 damage; at range, they fire 2 standard laser pistols per round (doing 5d6 damage each).  As long as the creature has access to food, the laser pistols never need their power sources replaced.

Damaged rocketjaws often flee into deep forests, so as to prevent anyone from recovering the technology used to create them.

Mutants In The News — Landshark Edition

A 6'-8' long blue shark was found dead in the New Hampshire wilderness.  How did it get there?

Given that "the closest ocean beach is a 45-minute drive away....", there are only three possible answers:  it burrowed, walked...or flew. 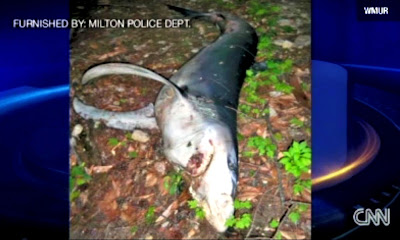 Gamma World tried to warn us... 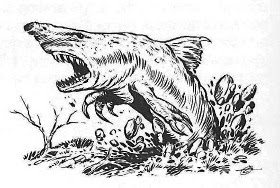 ...as did the great prophet and seer Fred Olen Ray. 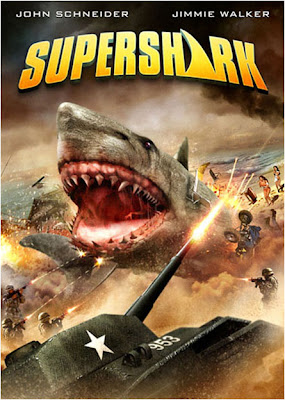 This is certainly only the beginning.  Keep watching the ground!