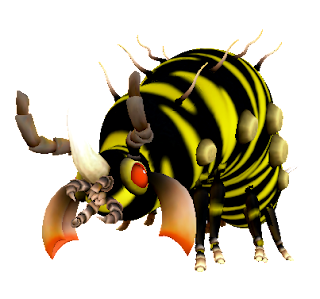 
Gruboceros (both singular and plural) are massive, fleshy, 20' long insects with thick, undulating bodies that reach 6'-7' off the ground.  They wander savannahs and plains, lazily grazing on grasses and tubers.
Though usually docile, gruboceros herds Charge and/or Trample when threatened....and stampede when panicked.  The creatures can also secrete an odious Class 11 paralytic fluid.  [While the game effects are the same, it isn't so much Paralysis proper as it is "predators spend 2d6 rounds hacking, spitting, and scraping their tongues to get the foul taste from their mouths".]
Gruboceros are frequently utilized as beasts of burden.
Mutations:  Dermal Poison Slime 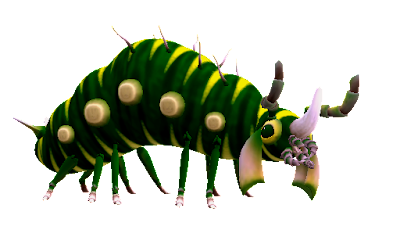 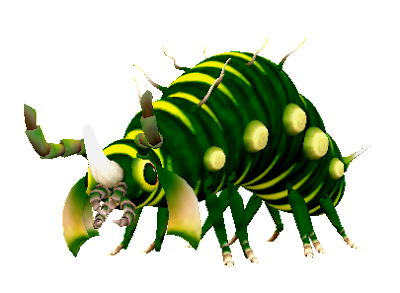 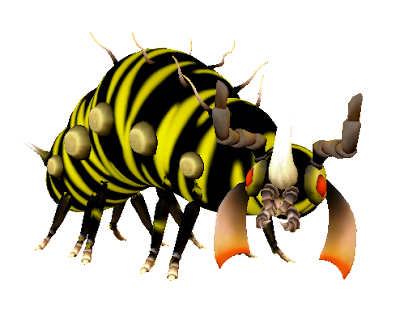