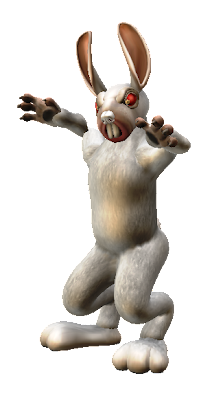 
The militant, iron-willed hoops are 8'-9' tall leporoids with seemingly conflicting aesthetic sensibilities, as they favor Archaic gear and garb but covet Ancient artifacts and gizmos.

With but a touch, a hoop can transmute a metal item (and all its connected metallic parts, in up to a 3' "radius" of initial contact) into rubber.  [The Mutant Lord must determine on a case by case basis how this impacts armor, weaponry, robots, and the like.]

Hoops can make 40' standing leaps, and 20' vertical jumps, with ease. 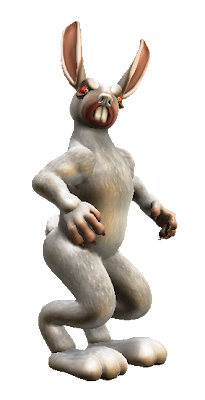 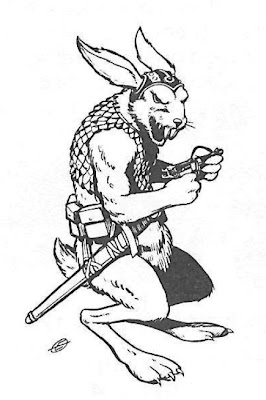 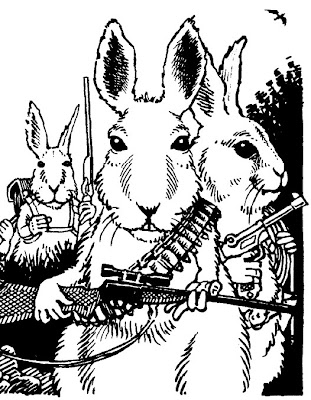 Not-The-Designer's Notes Addendum:  There is no mention at all of Hoops being particularly "Chaotic" in alignment, but the classic depictions of them give this reader the jibblies.  So my versions are more ominous than perhaps originally intended.