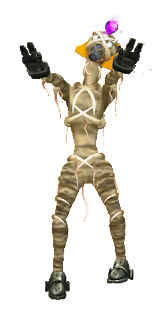 Tremble as the Ancient Astronauts arise from their techno-tombs!!!

In times considered ancient by The Ancients themselves, metallic beings descended from the skies in golden "sarcopha-saucers" and enslaved the planet.  They ruled for thousands of years, but their secret power sources eventually faded, and the native populace buried their inert masters in hidden crypts in the bowels of the earth.  But, lo...thanks to the strange radiations of the Mutant Future...the gauze-garbed automatons have awakened.  The dawn of the mechano-mummies is at hand!!! 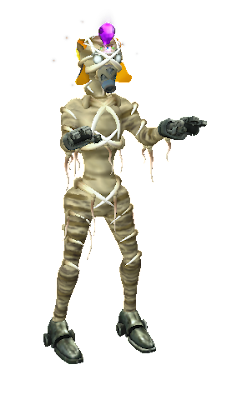 Mechano-mummies are 7' tall, nigh-indestructable, skeletal robots wrapped in dingy bandages.  They are mighty conquerors, equipped with earth-shattering fists and elaborate high-tech headdresses capable of firing a variety of destructive beams.

Mechano-mummies are adept with unlocking the secrets of Ancient artifacts; in fact, they can interface with—and usurp—the programming of all robots, Androids, and AIs.  Taking control requires physical contact, and Android PCs can escape such domination with a successful Ability Check Versus Intelligence.

Their sarcopha-saucers are large enough to carry several hundred individuals into deep space. 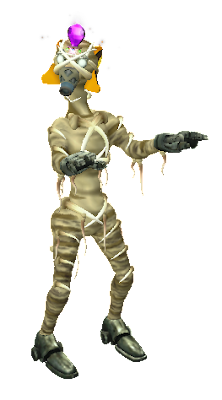 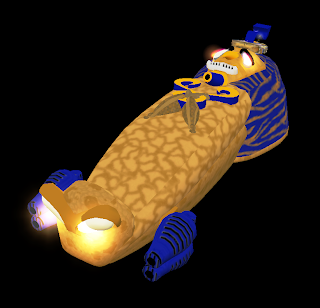