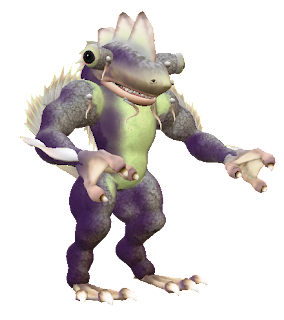 The Karkhans are a race of 9' tall piscine beings possessing great physical strength (with average STR scores of 13+1d8) but even greater mental might (average WIL scores of 15+1d6).  They have broad, toothy heads, prominent crests and fins, and rough hides.  While equally at home in fresh and salt water, they aren't limited to aquatic environs, and frequently venture inland to pursue their own diverse interests—exploration, looting, hunting, etc.

All Karkhans are adorned with 1d8 small, sucker-headed parasites called memoras.  These creatures share a psychic link with their hosts, as all of a Karkhan's memories and knowledge are jointly shared between them.  When different bands of Karkhans meet, they exchange parasites, thereby instantaneously transferring information, emotions, and experience amongst themselves.  And placing a memora (via a successful melee attack) on an intelligent being of a different species allows its Karkhan owner to communicate telepathically with, or take mental control of, the target.  (This requires a successful Mental Attack made immediately after the initial melee contact.)  They can also use the parasites as long-range "communication devices"; exchanged memoras allow telepathic communication over distances of up to 5 miles.

Despite their intellectual prowess, Karkhans still succumb to primordial ancentral tendencies.  When any Karkhan is reduced to 15 or fewer Hit Points, its fellows enter a frenzied state and savagely turn on it, devouring the wounded individual alive.  Only when the injured Karkhan is killed and its bones picked clean (in 1d3+1 rounds) will the survivors resume attacking their original foes.  Karkhans of Lawful and Neutral dispositions are deeply ashamed of this behavior, as the act of consuming a fellow Karkhan—and, naturally, its memoras—removes that individual's "soul" and "essence" from their collective species memory. 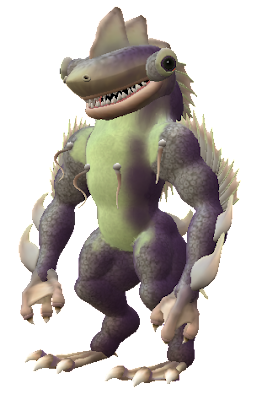 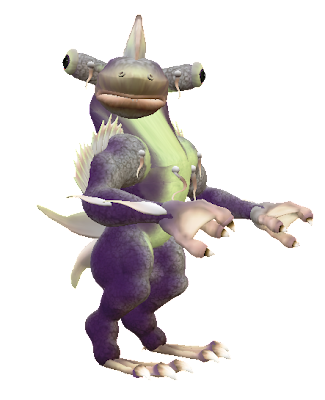