Vidya gaming site Kotaku.com reports (via Reddit) that a guy has been playing the same game of Civilization II for over a decade. 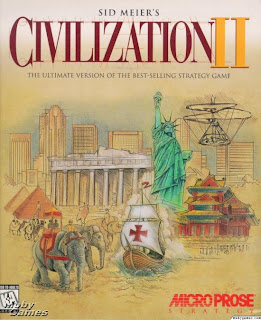 Which is impressive in and of itself.

But the nifty—and by "nifty" I mean "absolutely terrifying"—part is that the game has progressed to the year 3991, and it's an apocalyptic nightmare devastated by tribes of nuke-hurling barbarians.

"What the player has discovered is a true dystopia, the post-apocalyptic madness of a world gone wrong. And after two thousand years of destroying the environment, killing the population, and living the Orwellian nightmare, he's ready to see if it can be fixed. It's time to rebuild the world. And Reddit's ready to help."

Seriously.  Give the article and original post a read.  The double-linkage means they're just that nifty.