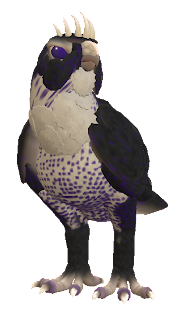 
The imperious, domineering falkaisers are raptors with egos inversely proportional to their 2' tall frames.  Their eyes pulse an unholy purple, and bony spurs ring their brows.
Falkaisers possess powerful hypnotic abilities [essentially, a tripling of the Fragrance Development Physical Mutation] that allow them to control up to 24 HD of creatures, or any single creature with less than 19 HD (or 19 CON), within 45' for 6d12 rounds upon a failed Saving Throw Versus Poison.  They lead their  armies in campaigns of conquest, targeting isolated settlements and townships.
Despising physical contact with their inferiors, falkaisers avoid combat, preferring to direct their thralls from the sidelines.  They will engage if forced, though, using Dive attacks almost exclusively.
All falkaisers vocalize in sneering, vaguely Ancient European accents.
Mutations:  Fragrance Development (x3) 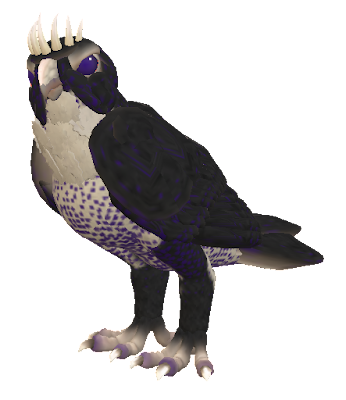 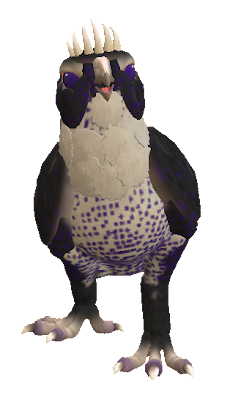