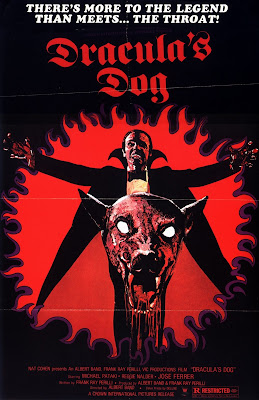 In times considered ancient by The Ancients themselves, unholy beings stalked the darkness, hungering for the lifeblood of the living...

...and they sometimes had loyal animal companions to not only aid in their midnight predations, but to also simply ease the loneliness of unlife...

...BUT NOW THOSE PETS ARE BACK FROM THE GRAVE...AND THEY'RE HUNGRY!!!

The dogferatu (singular and plural) are intelligent, night-black, undead canines awakened from eternal slumber after their tombs and crypts (and the wooden stakes pinning them within) fell to post-apocalyptic disrepair.  They have but one goal:  to track down the descendants—mutated, or otherwise—of their former vampiric masters, and convert those individuals into vampires themselves so as to re-establish proper owner / pet relationships. Dogferatu often resurrect their former half-human / half-undead "handlers", with which they share telepathic bonds.  These ghoulish beings guard the dogferatu's coffins during the daylight hours.


To better aid its efforts, a dogferatu builds a pack by creating more of its kind through the traditional means:  mesmerism, followed by the draining of blood via bites with over-sized fangs. Cruelly, they target the loyal pets of their desired victims, and other trusted neighborhood animals.  The pelts of all canines thus transformed turn black and gray like their sire's, while retaining the same markings.

The supreme dogferatu leads with military efficiency, coordinating siege attacks against domiciles (which includes digging under the structures or through rooftops, and cleverly ripping out electrical wiring) and vehicles.  Dogferatu attempt to hypnotize their quarry, and then bite unimpeded, as such attacks don't require To Hit rolls.  Bites inflict initial 1d8 damage, then an automatic 2d6 damage per round from blood loss.  Any creature—man, animal, mutant alike—drained to 0 hit points rises as a blood-hungry undead the following day.  Those killed by mauling and savaging know true death.

A dogferatu is supernaturally tough, and regenerates 15 hit points per round from all but fire damage.  When it comes to weapons, only wood driven into a dogferatu's heart (via carved stakes, falls onto fences or jagged tree limbs, etc.) subdues the beast...and even then, it's not truly deceased, as removal of said wood revives the creature.  Dismemberment, incineration, and the scattering of ashes is the only true way to end a staked dogferatu threat.  Sunlight disintegrates the beasts after 3 rounds of exposure.

Dogferatu Morale drops to 6 in the presence of open flames and / or religious iconography.

Some dogferatu are shrewd enough to transform puppies into vampires, so as to continue their lineage in case their schemes go awry.... 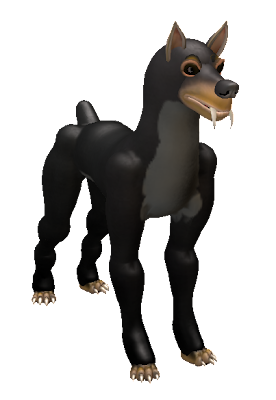 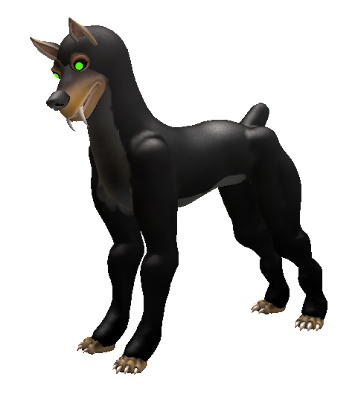 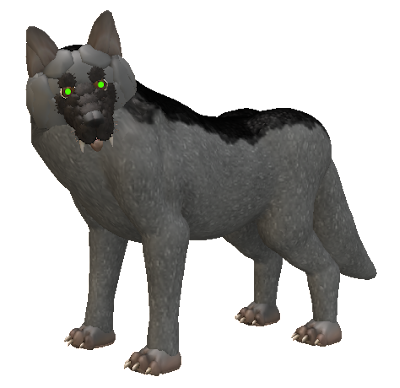 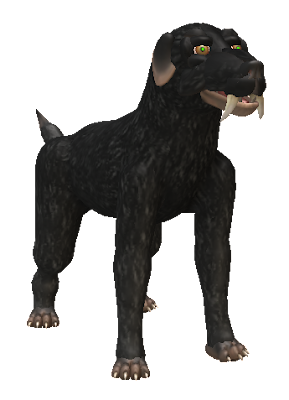 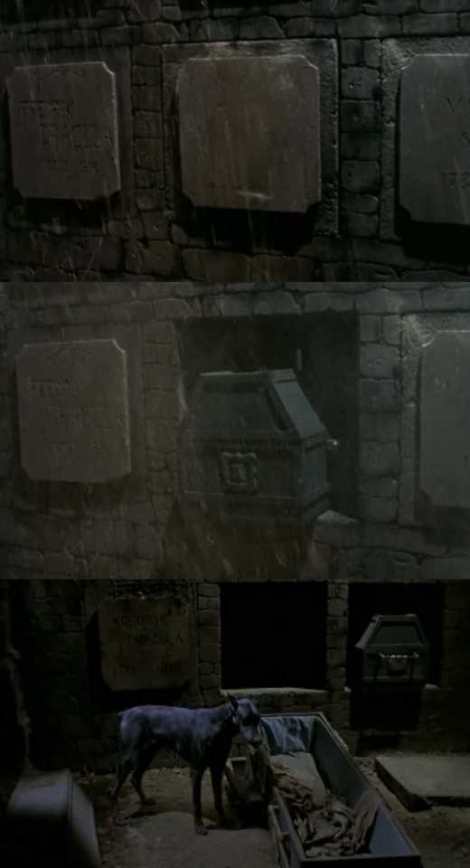 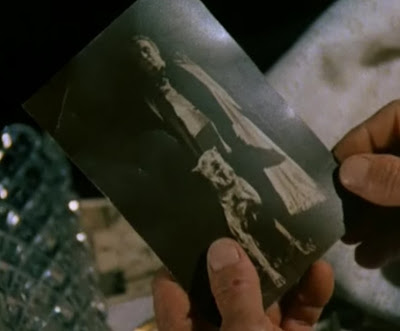 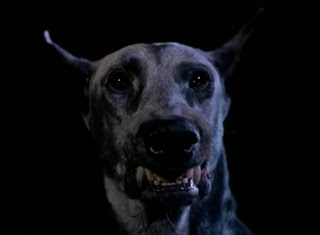 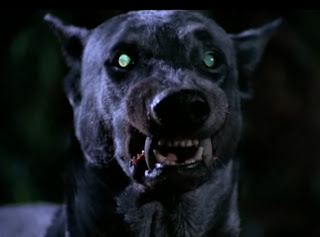 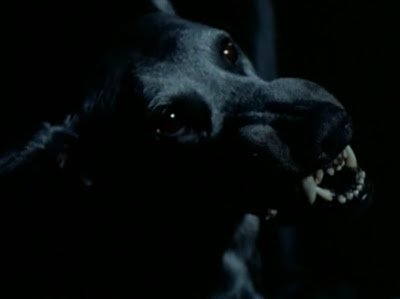 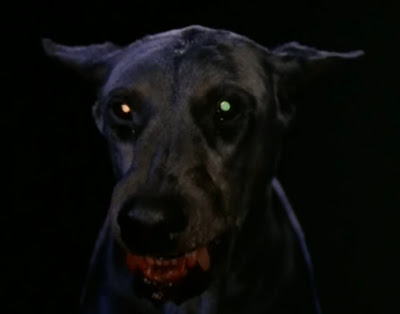 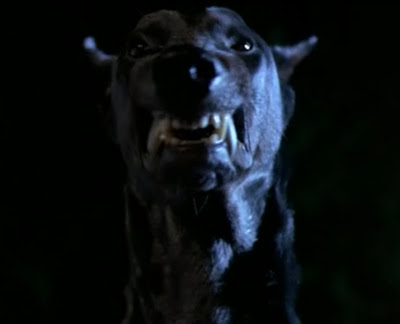 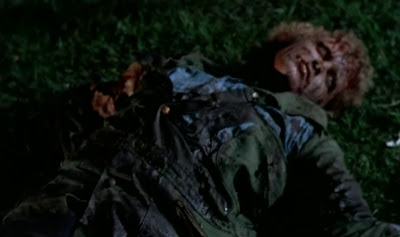 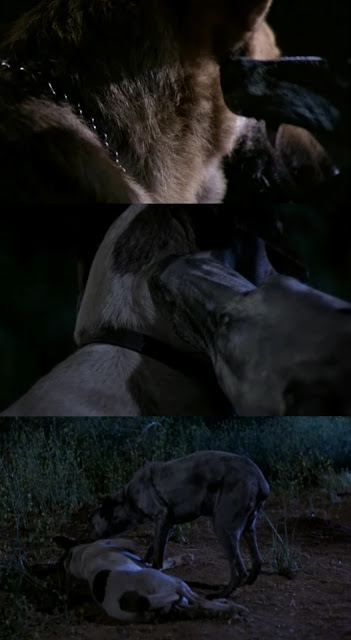 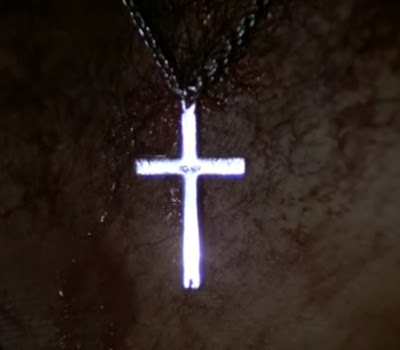 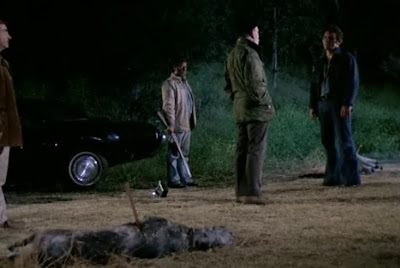 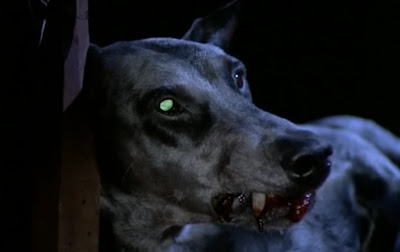