"S" is for "Stymphalian Turkey" 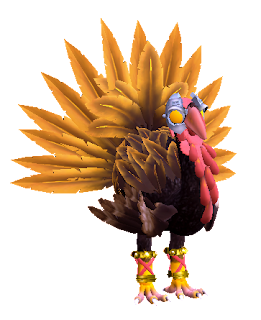 
The 20' tall, flightless monstrosities known as Stymphalian turkeys owe their origins to the most demented of Ancient experimentation.  Instead of natural tailfeathers, they possess serrated metallic facsimiles 8'-10' in length.  Ocular implants and diamond-tipped cyber-claws add to their freakishness.
Stymphalian turkeys can launch their oversized feathers up to distances of 150', with an area of effect radius of 20'.  Each volley fires 1d6+1 feathers that do 3d6 damage each.  Those struck in the impact radius can make a Saving Throw Versus Death for half damage.  The birds also Trample those underfoot.
A Stymphalian turkey's Hoard Class represents the alloys and electronic components salvageable from its corpse.  And a deceased specimen can feed a medium-sized village for 1d4 months.
Mutations:  Energy Ray (Implants), Gigantism, Increased Sense (Vision) (Implants), Spiny Growth (Extra-Large) (Implants) 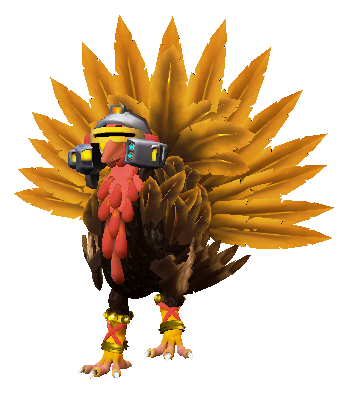 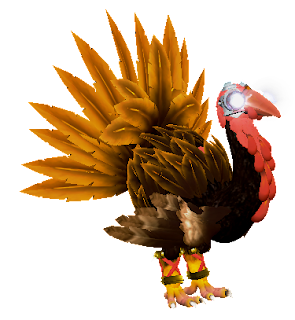 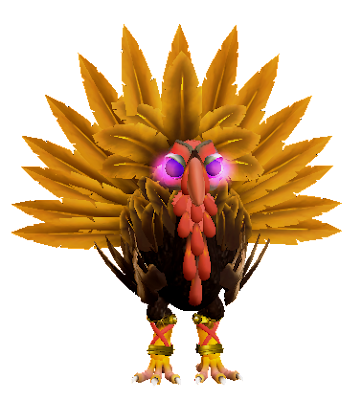 —
Designer's Notes:  I dusted these beasties off from my longest-running Champions campaign.  The Stymphalian turkeys were the crazed creations of a team-up most terrible between supervillains The Cassowary, that feathery femme fatale, and The Gourmand, the corpulent culinary crook.  The demented duo unleashed the baleful birds during Fair City's annual Thanksgiving parade, and only the valiant heroes of Vanguard could stop them!  From that battle,  The Gourmand became one of Troubadour's  most hated foes!