"T" is for "Thicket Phantom" 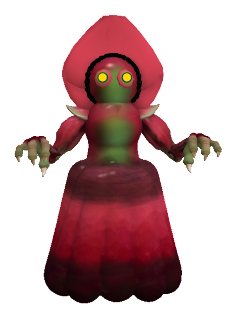 
Thicket phantoms are 10' tall entities (it's unclear if they're flesh-and-blood creatures, or robotic constructs) with bulbous, glowing eyes and spindly arms that end in razored claws. Their mirrored cloaks shimmer with uncanny luminescence.  Thicket phantoms haunt deep woods, jungles, and swamps, and move completely unmolested through even the most dangerous mutated flora.

Three times per day, a thicket phantom can discharge a 30' long, 20' wide cone of orange mist from its hands.  Those caught in the spray suffer the same effects as those of an Irritant Gas Grenade [per p. 119 of the Mutant Future Core Rules], but at double the duration. Thicket phantoms are immune to the effects of this gas, and seemingly all other chemicals/toxins.

To fly, a thicket phantom transforms into a 10' diameter sphere of crackling red energy.  Only Mental Attacks affect it in this state. 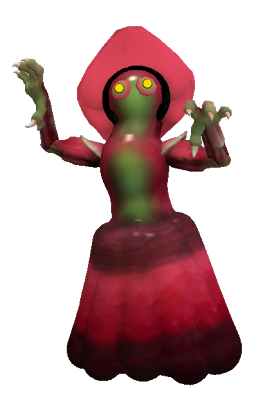 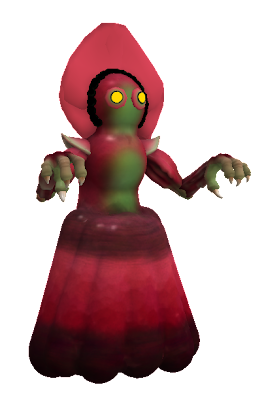