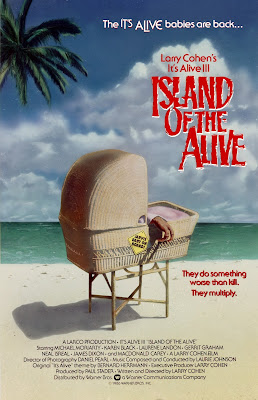 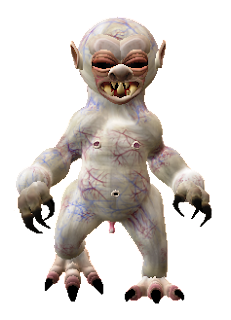 
Some communities are known to abandon their fangbabies into the wilderness, to let Nature run its course...
...but, against all odds, not only do they survive, they thrive...

...AND MULTIPLY!!!
Wild fangbabies congregate in small groups for protection, and in a mere 4-5 years, grow into fully mature fangfreaks.  These primitive, hulking beings are ferocious when threatened, and have no compunction against devouring their fallen foes.  They are also brutally cunning, which is only enhanced by their mind-reading abilities.
In any group of fangfiends, there will be 1d2 fangbaby infants.  And fangfreaks recognize that the harsh, cruel wastelands of the Mutant Future are no place to rear children...so in an ironic and tragic twist, they often leave their own monstrous offspring on the doorsteps of the very same Pure Human villages in which they themselves were born, hoping the little ones will be adopted and accepted by their grandparents....
Mutations:  Know Direction (Modified), Mental Telepathy, Negative Empathy [D] 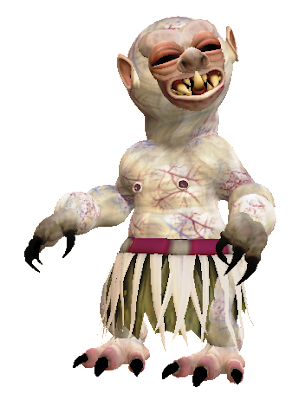 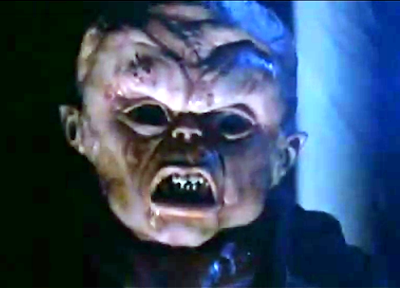 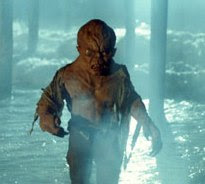