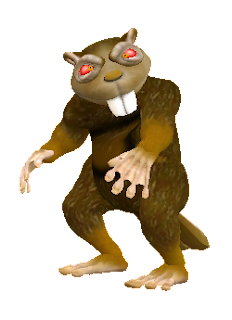 In the time of The Ancients, temples dedicated to Buc-ee—He Of The Teeth dotted the landscape.  These luminous shrines served as oases for weary pilgrims, and offered sustenance, drink, fuel, and pristine conditions for the elimination of waste. 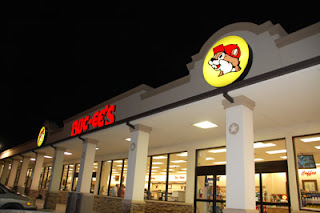 He Of The Teeth was revered by humankind, and despite His divine might, His blessings and glories were amongst those treasures lost during the Apocalypse. 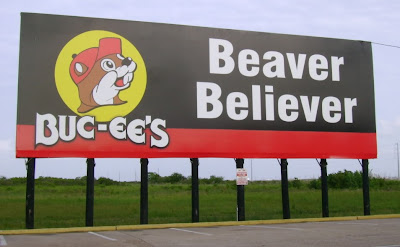 And now, the beings known as the Reavers seek to return the Mutant Future to the most holy state of times past, when Pure Humans revered their furry, buck-toothed masters...

...and they don't care how much blood they have to spill to do it. 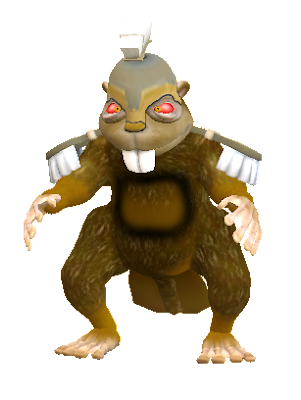 Reavers are 3' tall, pyromaniacal humanoids with prominent teeth, flattened tails, oily fur, and webbed digits.  What they lack in stature, they more than make up with belligerence and nastiness.

Reavers tend to build floating wooden fortresses in the middle of deep lakes, and such strongholds are only accessible by underwater tunnels and hatches.  They then gleefully convert any remaining trees into weapons and siege engines, so as to wage war against and enslave their neighbors.

Slaves that wear out their usefulness are turned into a succulent—albiet disgusting—jerky that heals 3d6 Hit Points per pound ingested.  The Reavers zealously guard the secrets behind the recipe. 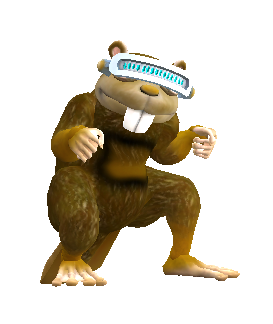