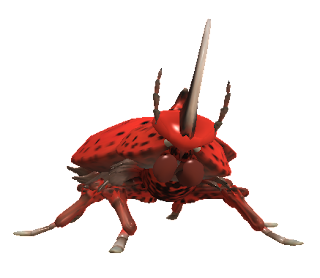 
Herds of the immense, 2-ton ladytanks roam the plains and grasslands, feeding on vegetation, small animals, and eggs.  Their belligerence is legendary, as is their tendency to Charge or Trample at the slightest intrusion into their territory.

A ladytank's armored carapace is impervious to all known weaponry (including Ancient artifacts), so even the most battle-hardened adventurers know to give them a wide berth. Only the underside is vulnerable, with an Armor Class of 2.  But striking from beneath a ladytank rarely works out for the attacker....

It goes without saying that ladytank-hide armor is one of the most coveted possessions in the Mutant Future. 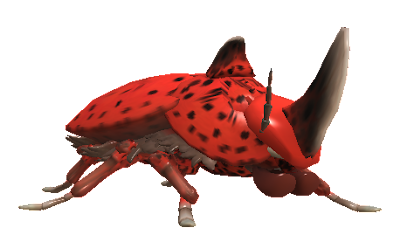