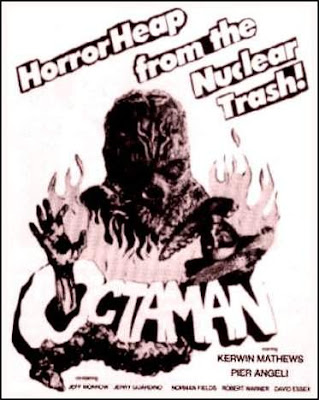 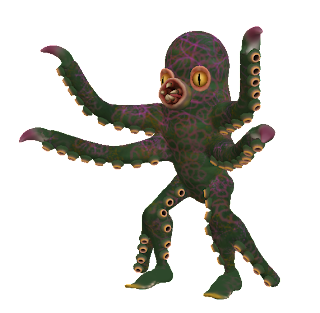 
In the arid wastes of the Mutant Future, a watery oasis is a rare treasure, indeed...
...UNLESS IT IS HOME TO AN ANTAGONISTIC, AMOROUS, EIGHT-ARMED ABOMINATION!!!
The rubbery, aggressive octamen lurk in isolated bodies of (fresh, or polluted) water located in scrublands, arid hills, and deserts.  They fiercely guard their territories, and attack any intruders on sight...and will trudge miles through the grit and brush to hunt those that escape their clutches.
An octaman lashes out with 4 powerful tentacles.  If any 2 successfully strike the same target in the same combat round, the victim must make a Saving Throw Versus Stun, or be knocked unconscious for 1 full Turn.  And an octaman's Body Adjustment mutation automatically activates any time it makes contact with water (including rain and bottled liquids).
Octamen lapse into a fugue state if they are exposed to strobing/moving lights—flashlights, camera flares, warp-field weapons being waved back and forth, etc.—for 2 consecutive combat rounds (during which the creatures still attack).  After the last "flashing action" of the 2nd round, they are effectively Confused and rendered helpless for 1d6+1 rounds afterwards.
Octamen are obsessed with Pure Human, Mutant Human, or Android females with CHA scores of 13 or higher, and kidnap them when at all possible.  Why they behave this way is a mystery, as the creatures seemingly reproduce asexually, as evidenced by the presence of 1d6 "octaspawn" (1 HD infants that resemble standard octopodes) that dwell in the same ponds.
Mutations:  Aberrant Form (Lungs and Gills), Body Adjustment (Modified), Frailty ("Strobe Hypnosis") [D] 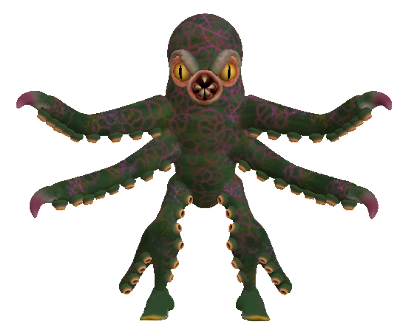 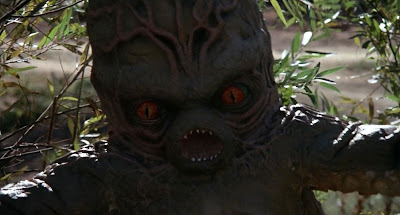 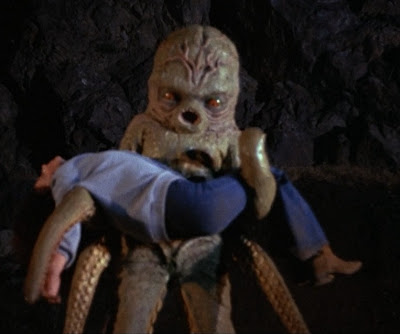 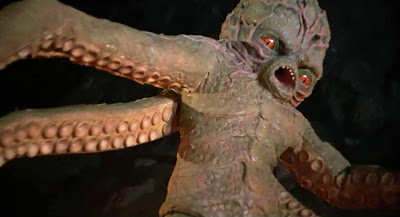 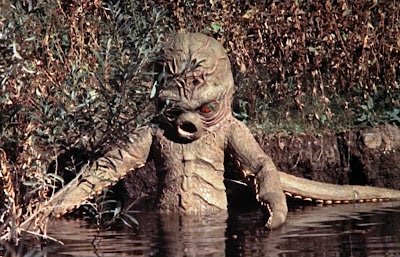 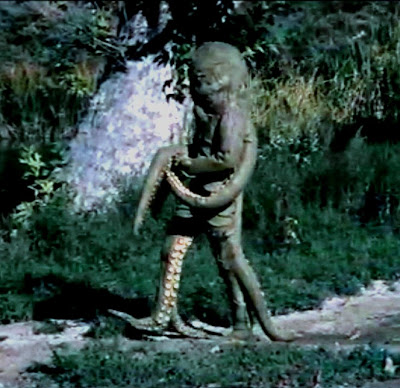 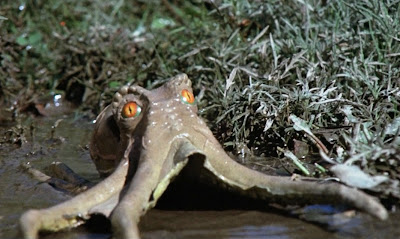