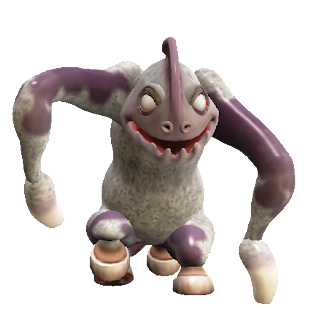 
Marblemaws are massive, 12' tall creatures that dwell in the deepest, darkest subterranean environs.  Their smooth bodies are seemingly composed of living rock, and streaked with colorful mineral veins.  They have some of the most powerful jaws in the Mutant Future so as to better feed on rare elements, ores, minerals, and buried artifacts...the very same kinds of substances coveted by most other sentient beings.

Though they lack ears, sound is all-important to the marblemaws.  The creatures use their flattened hooks and hooves to tap out reverberating communications that travel for miles.  Large groups even "play" resonant "symphonies" on clusters of stalactites, stalagmites, and crystalline outcroppings, resembling nothing less than an Ancient orchestra.  A marblemaw's hypersensitive echolocation works at 540' instead of the standard 90', and the granted +4 To Hit counteracts their natural -4 penalty due to blindness; consequently, they suffer an additional +3 damage per die from sonic- and deafening-based attacks.

Marblemaws and quarillas have been observed in both epic battle and cooperative alliances. 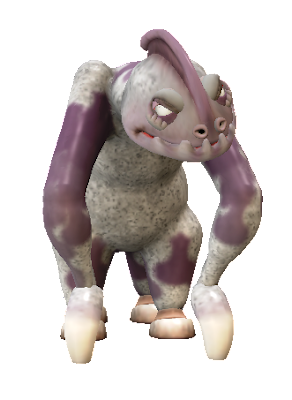 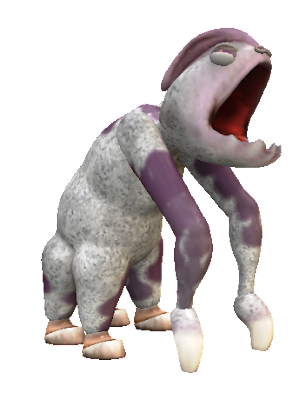 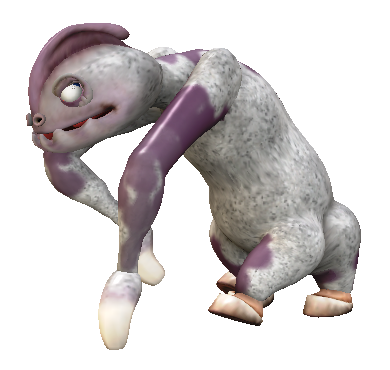