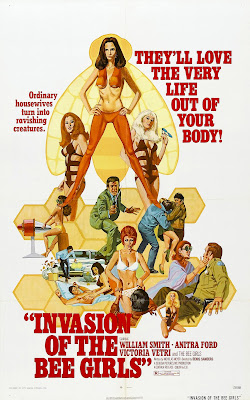 ...BUT INSTEAD OF BETTERING MANKIND, SHE UNLEASHED AN ARMY OF VOLUPTUOUS, VAMPING VIXENS IMBUED WITH LASCIVIOUS LUSTS MOST LETHAL!!! 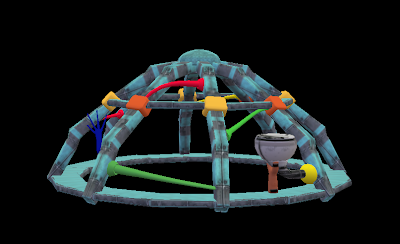 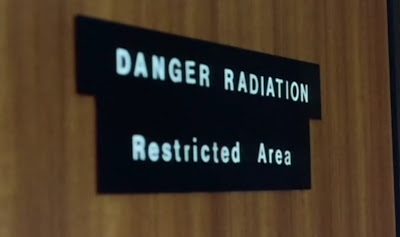 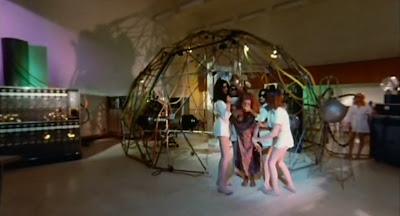 Fashioned with materials purloined from the Brandt Research Corporation, the Hivemaker is a complex and cumbersome contraption designed to transform Pure Human females into sex-starved she-insects.  The device is a 12' tall, 20' diameter, dome-shaped lattice crisscrossed with multi-colored wires, and at its heart is a booth large enough for a single person.  Thick cables connect the Hivemaker to multiple generators, mainframe computers, gamma ray projectors, and assorted fanciful instruments.

The metamorphic process from human woman to "bee girl" is elaborate, indeed.  The subject (usually drugged) is stripped nude, and then placed inside the dome and bathed with euphoria-inducing radiations for 2d4 rounds until Paralyzed and compliant.  Then, she is hand-slathered from head to toe with a viscous mutagenic compound, and placed in the central chamber.  The Hivemaker operator then flips a switch on the control panel, and mutated bees flood the enclosed space and envelop the subject with their bodies. Mysterious energies bombard woman and swarm alike for 1 full turn, during which the Hivemaker induces "forced mutation...and rearranges [her] cellular structure with hormones."¹  After the process completes, the subject is extracted, and the now-solidified, rubbery coating is peeled away...revealing a newly-spawned apifemme [see below] consumed with but one overwhelming drive:  TO MATE!!!

The "birthing" of a new apifemme triggers a collective hormonal response in her sister-creatures, and all present are Paralyzed with orgiastic bliss for 3d6 rounds.

The Hivemaker was at the vanguard of genome manipulation and splicing technologies, making it amongst the rarest of Ancient artifacts.  While individual components have been unearthed, no intact machine has been discovered in the Mutant Future...meaning a working model would be of unimaginable value.

The effects of using a Hivemaker on Pure Human males, Mutant Humans, Mutant Animals, and/or Mutant Plants are completely unknown.  Androids are unaffected, though they risk clogging from gunk and bee carcasses. 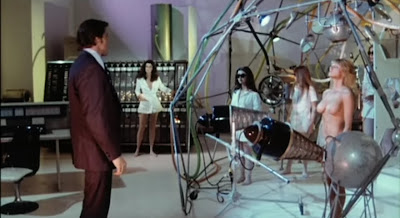 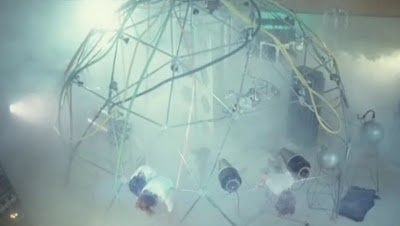 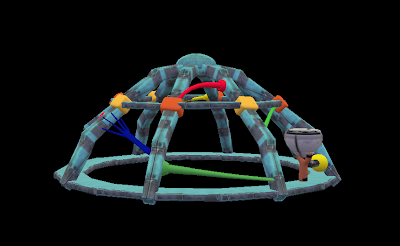 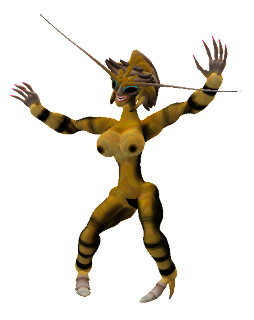 
Apifemmes appear as beautiful Pure Human women with a penchant for revealing (and often impractical) attire, no matter the circumstance or occasion.  They are fashionable, enchanting, and flirtatious, and generous with their time and attention.  Most Pure Human and Mutant Human men immediately succumb to their charms, so apifemmes usually have little need for their amplified Fragrance Development mutations (which affect heterosexuals with less than 18 CON).

No matter how a target becomes enamored, an apifemme lures him to an isolated location (usually a residence, but any place will do, even if it lacks ambiance and comfort: overgrown glades, back alleys, abandoned ruins, derelict vehicles, etc.) with the promise of carnal delights. Such pleasures are short-lived, however, as after 2d4+3 rounds of coitus, an apifemme's eyes turn jet black, and she generates a rumbling buzz audible to any within 25'. Her partner must immediately make a Saving Throw Versus Death at a -2 penalty, with failure indicating he expires from a heart attack caused by "extreme sexual over-exhaustion."² Success means he can try to fight her off by making an Ability Check Versus STR at a -2 penalty.  If the Ability Check fails, another round of intercourse takes place, requiring another Save, but now at a -4 penalty...and success leads to another Ability Check with the same -4 penalty.  This process of sex-Saving Throw-Ability Check happens each round, with the penalties increasing by -2 each time, until the male succumbs to coronary thrombosis, or fends off the creature.  And apifemmes don't take kindly to being spurned....

Apifemmes are truly masterful mimics, but keen observation reveals their hidden natures.  The she-beings fancy sugary treats, and over-sweeten their beverages.  They are allergic to smoke, and register on gamma-sensitive radiation detectors ("photosynsetive gamma-count synthesizers"³).  And apifemmes' eyes shift to their black compound forms when aroused or agitated, so they always accessorize with some form of concealing eyewear.  (In Ancient times, such blackened eyes were the only physical manifestations of the apifemmes' true natures, but the strange radiations of the Mutant Future further mutated them into insectoids covered with yellow down.)  They are also particularly vulnerable to electricity-based attacks, taking an extra +2 damage per die.

Although apifemmes are incapable of feeling remorse for the deaths they cause (even if their spouses and family members are amongst their victims), they aren't intentionally murderous. They are simply slaves to their own warped biologies, tragically rendered sterile and "endlessly driven to repeat the mating cycle."⁴  Apifemmes also slavishly obey the malevolent orders of their Queen.... 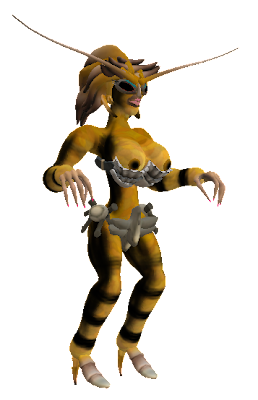 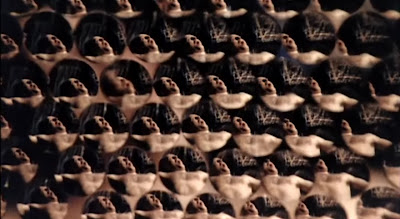 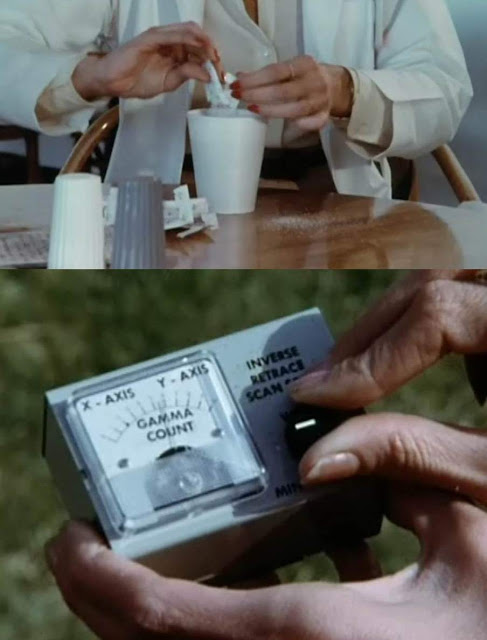 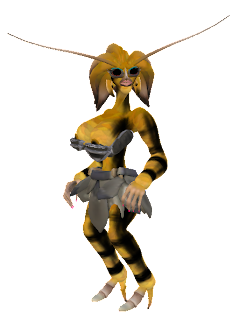 Outshining their minions in every regard, apifemme queens are even more gorgeous, vivacious, glamorous, and seductive specimens of femininity...but they are also diabolical masterminds intent on transforming all Pure Human females into "bee-girls". These cunning creatures know all the secrets behind the wondrous Hivemaker techology, and direct it towards purposes most nefarious!

A queen's modus operandi is to infiltrate a community near a hidden—and functional!—Hivemaker, and then draw Pure Human women into the machine via drugs, trickery, coercion, or brute force so as to build an amorous army of nubile nymphs.  A queen initially targets the most attractive, intelligent, and influential women so as to expand her power base...and then cruelly assassinates anyone capable of interfering with her schemes (plus those immune to her pheromones).  Queens never kill women, though, as even the strongest wills fall before the unholy emanations of a Hivemaker.

As a queen's army grows, so do the sudden sex-related (but wholly non-infectious) deaths of heterosexual males of all ages and fitness levels—in regions beset by apifemmes, it is not uncommon for a dozen men or more to expire each and every night. Ironically, these rampant fatalities usually prove to be a Queen's undoing, as panicked communities usually hire adventurers to root out the cause.

A Queen possesses all of the abilities and vulnerabilities of a standard apifemme, plus increased manipulation powers and gifted technological aptitude.  They are also uncannily aware when being scanned by radiation detectors, even if at an extreme distance.

Given that all apifemmes were originally Pure Human women exposed to a Hivemaker machine, just how a queen arises in the first place is unknown.... 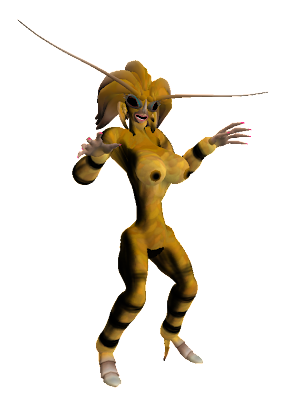 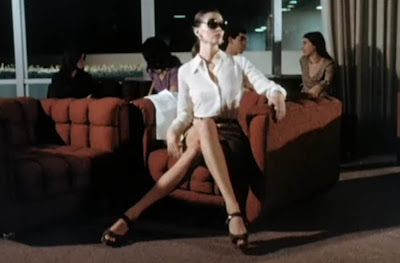 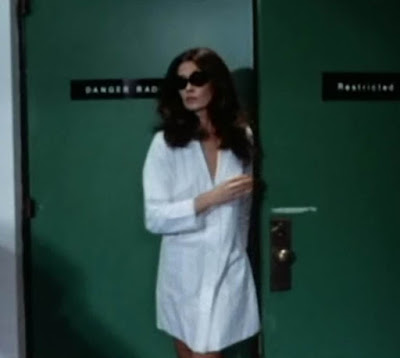 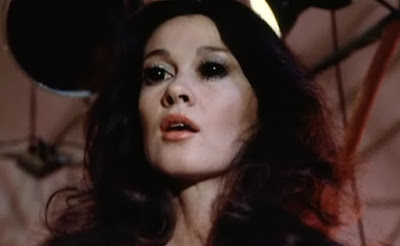 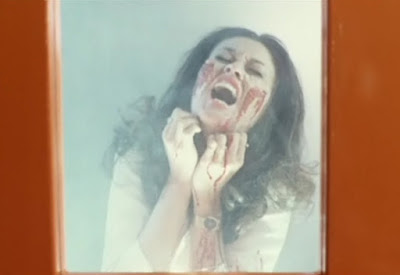 1-4 :  Invasion Of The Bee Girls dialogue