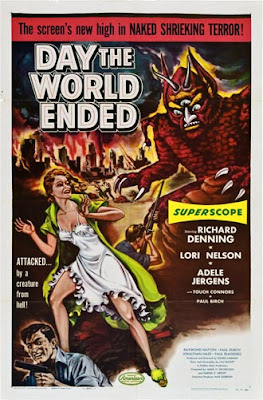 
The atomic apocalypse did far more than turn deserts into glass and cities into cinders, as the weather itself warped into hellish storms of preternatural power and fury...

...YET NOTHING WAS WORSE THAN THE MUTAMISTS, ACRID CLOUDS THAT TRANSMOGRIFIED ALL WITHIN INTO HIDEOUS, CARNIVOROUS ABOMINATIONS!!!


The Mutant Future is awash in billowing, stinging fogs known as mutamists.  They can form in any terrain, but are more prevalent in wilderness environs.

Any Pure Human caught in the mutamists must make a Saving Throw Versus Energy, or begin to metamorphose into something...wrong.  The skin becomes thick and scaly (as the Natural Armor Mutation).  They no longer need to hydrate, and processed food becomes foul-tasting and noxious...yet they are always ravenous.

And this burning hunger becomes so strong, so all-consuming, that in 1d4 days, the afflicted can sense the heartbeats of all living creatures within a 1 mile radius ("Prey Sense").  It soon becomes apparent that only one thing will alleviate the cravings:  living flesh.  (Carrion just dulls the cravings for 1d4 turns.)

After 1d4 months, those altered by the mutamists fully transform into the monstrous 3-eyed quorms [see below]. 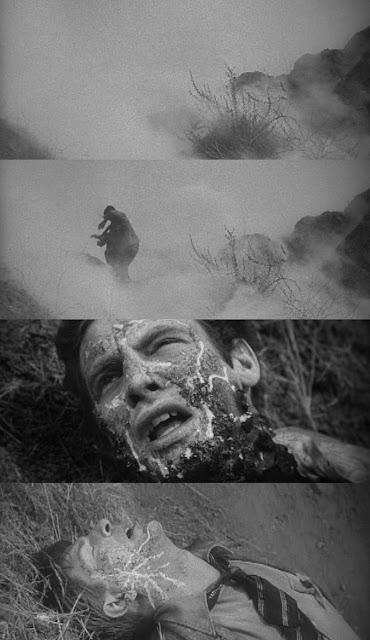 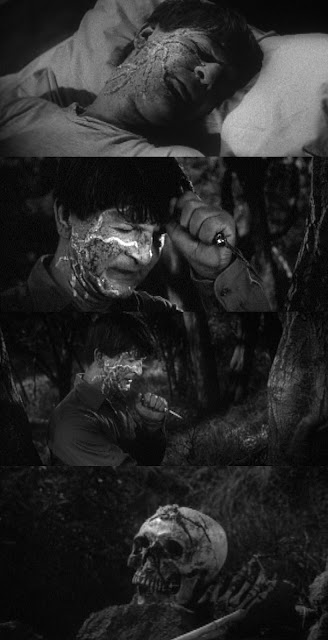 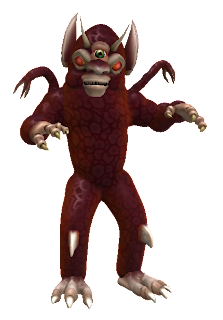 
Quorms (also known as "quormen") are demonic-visaged beings with a savage hunger for living flesh.  Their bulbous, pointed heads sport prominent horns, oversized ears, and 3 unblinking eyes.  Stunted, malformed extra limbs flail limply from their shoulders.  They can detect any and all living things within 1' mile.

A quorm's armored hide makes it completely immune to conventional bladed weapons and firearms.  And its hardened metallic claws are so sharp that they puncture flesh and armor with ease, allowing for a +2 To Hit and +2 Damage rolls.  Quorms are completely immune to all toxins, diseases, and effects from radiation.

Quorms form loose-knit bands dominated by the strongest individual, and they will often war amongst their own kind for territory and prey.  They are cunning enough to target isolated communities, and generally lurk on the fringes to pick off solitary victims.

Despite their carnivorous proclivities, quorms are drawn to those they knew (particularly romantic partners) in their pre-mutated lives.  They use their telepathic abilities to commune with their loved ones, and try to draw them to their lairs to resume some tragic mockery of their former relationships.

Quorms cannot survive in regions devoid of pollutants or contamination.  They suffer 1d10 damage per round when placed in sterile, "healthy" conditions; in fact, exposure to clean water is enough to kill them outright, as "pure" rain burns their hides for 2d6 damage per round. 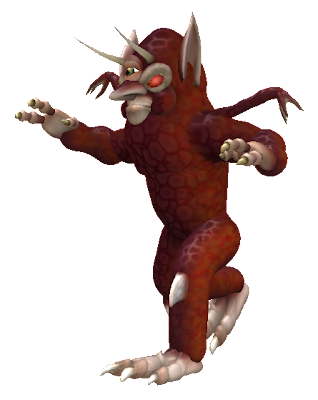 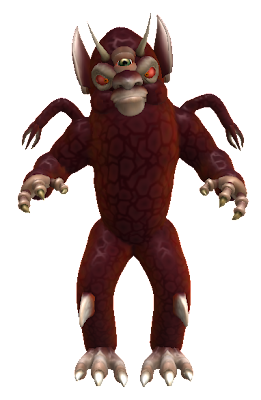 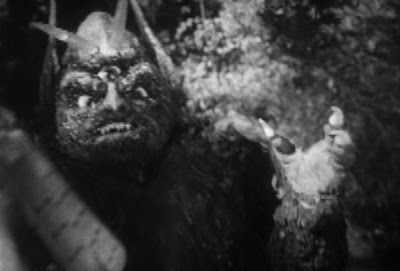 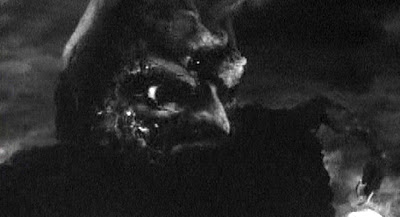 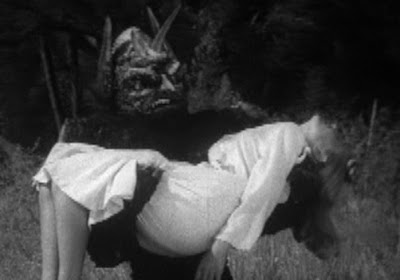 STOP THE PROJECTOR!!! BRACE FOR BREAKING NEWS, THREE DECADES IN THE MAKING!!!

In 1982, an astonishing oviporous onslaught such as the world had never seen unleashed The Most Amazing Atomic Antagonists Of All Time...but we were ill-prepared for their  malevolent majesty.  They returned to the wastelands from whence they came, forgotten and forsaken.

But, lo!  All the portents have proven true...as from the irradiated ashes, they arise again!!!

For here, in 2012, in coincidental conjunction with their 30th anniversary, comes... 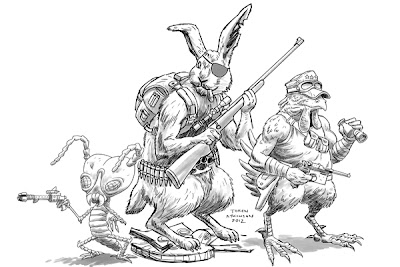 Want to add rampaging radioactive reprobates to your gaming table?  OF COURSE YOU DO!!!

Friends, they have 'em all!


AND, LAST BUT NOT LEAST, THOSE FANTASTIC FUTURISTIC FOES MOST FREAKISH AND FOWL...


Friends, you CANNOT let these pass you by!  THEY MUST BE YOURS, TODAY!!!

Don't walk—RUN!!!—on over to Interloper Miniatures' Indiegogo page, and give them all your filthy lucre.  And don't let paltry personal budgetary concerns like "shelter" and "sustenance" and "schoolkids" deter you, either...YOU HAVE A KIDNEY YOU AREN'T USING, SO SHADILY SMUGGLE THAT SUCKER WITH A QUICKNESS!!!  NO EXCUSES!!!

PLUS, THE STRETCH GOALS ARE INSANE, WITH THE POTENTIAL FOR MORE BIRDS, PIGS (or, more correctly, PIGSTRONAUTS!!!), ANTEATERS, AND APES!!!  MAKE THESE HAPPEN, PEOPLE!!!

Be sure to tell them that A Field Guide To Doomsday sent you!!!